At the time, Europe’s No 1 golfer could have been forgiven for being a little preoccupied with two forthcoming tournaments. These events were going to decide the European order of merit title – a prize which had been in the burly Scot’s sole possession since 1993.

However, during the recent Lexus European Gold Cup finals weekend at La Manga Club in southern Spain, it seemed that his pursuit of an unprecedented seventh successive Tour crown was the last thing on his mind.

Belying the sternness which sometimes afflicts him during a competitive round, Montgomerie was in a relaxed mood as he swapped the pressures of professional golf for a few days with his family in the five-star Hyatt Regency Hotel at the luxury sports and leisure resort. But he was also very much on duty as the star turn for Lexus, whose premium LS400 cars he has endorsed and driven for the past three years.

The finals’ weekend, being staged for the fourth successive year, is the major event on Lexus’s sports sponsorship calendar – the culmination of a competition in which more than 6,000 amateurs from 11 different countries take part in national qualifying rounds during the year. It also enables Lexus Europe to reward their customers with the chance to play on some of Europe’s leading courses as their guests with the ultimate prize of a weekend at La Manga Club.

Montgomerie’s role throughout the weekend was to dispense entertainment and tuition for the 48 finalists, their families and friends.

During the press conference, Juan Jose Diaz Ruiz, Toyota Motor Europe’s vice-president for marketing and engineering announced that Montgomerie’s association with Lexus would continue up to the end of 2002. “Colin is beyond doubt the best ambassador which Lexus could wish for,” he said. “Despite his incredibly busy schedule and numerous other commitments, he always gives Lexus his maximum effort. He is a nice guy and a complete professional, and we hope our association with him lasts for many more years to come.”

Montgomerie was equally complimentary about Lexus, saying: “Over the three years of my association with this brand, I have come to realise that there is no substitute for quality. I am only interested in working with quality products and quality people, and Lexus certainly fits the bill on both counts.”

After chatting about how he took up golf as a five-year-old in Troon with his mother Elizabeth, who died in 1991, and older brother Douglas, who works for a bank in Newcastle, we fast-forwarded to the present.

“The Ryder Cup was a learning curve for me. Definitely,” he said, reflecting on the crowd abuse which was systematically directed at him throughout the three days at The Country Club.

“I think I’m learning to block out the barracking now. Every time somebody said something or tried to heckle, it actually threw it the other way even though they didn’t realise it at the time. They thought it was putting me off but in fact it was making me more determined to succeed. “If it had been a strokeplay event at Brookline I think I’d have done quite well. The more they heckled the more determined I became and the more determined I get the more successful I become. It worked to the reverse of their intentions.

“I’ve encountered problems with galleries before, but not to that extent. At the Ryder Cup, I was perceived as more of a threat to the American team than any other European player, which I suppose is a compliment of sorts, but we all suffered. The whole team got it, especially on the Sunday. They needed the crowd behind them and the crowd did their job.

“Looking at it five weeks later, though, we did extremely well to get 13 1/2 points considering we had seven rookies on our team.”

The test now for Montgomerie is to harness those positive feelings to silence one of golf’s recurring mantras – that he will never win one of the four so-called major championships. Three times the US Open has been snatched from his grasp and Steve Elkington’s outrageous tramliner putt deprived him in a play-off for the 1995 USPGA title.

With nothing more to prove in Europe, it has been suggested he should consider spending a season on the US tour. He certainly knows the country well having studied business management and law at Houston Baptist University – “Those four years taught me to play competitively at the highest level of amateur golf. It also gave me an insurance policy before turning pro in 1987.”

But instead he aims to have just six transatlantic outings this year (2000) – in the three US majors, the Players Championship and the two World Golf Championship events.

“I’ve never won a US tour event, but then Bjorn Borg never won the US Open. He got to the final a few times, but so have I. I’ve been in the final a few times as well. Whether it happens or not, it won’t hinder my career. I won’t be a lesser player. I might be in their eyes but that doesn’t matter. In my eyes, I’ve been successful and if I never win a major or a tour event in America people will want to talk about it but it won’t change things.

In 1992, when Jack Nicklaus congratulated me on winning their national championship at Pebble Beach, I thought ‘My God’. It was my first US Open and the weather was getting worse. Then the wind died and Tom Kite and Jeff Sluman nipped past me.

“No one would have denied Kite a major on the basis of his whole career and if I ever win a major hopefully people will say it was deserved overall. I’m 36 now, so realistically I can’t look beyond the next five years. But during that time I’ve got 20 majors to play in and I reckon I might just get lucky in one of them.

“But I don’t believe that the only way I can do it is to base myself over there. Going to America hasn’t helped everybody. Nick Faldo won most of his majors from Europe. It’s not for everybody – it’s different and foreign, you’re always away from home. The crowd factor is not the reason, it really is for family and personal reasons. I owe my wife and three children some time at home.

“I’m also involved now in course design and I’ve just launched my first teaching academy at Turnberry. It’s a very busy life and scheduling everything is difficult to say the least. To please everybody is almost impossible, so we have to say ‘no’ from time to time.

“The future is secured for my family. What I’ve got to do now is to protect what’s there and try to win as many tournaments as I can because the feeling of winning is superb. You can’t beat that, what it feels like to beat 155 of your peers.

Interview done, Montgomerie escaped for what was left of the day to his wife Eimear, daughters Olivia (six) and Venetia (three), and 17-month old Cameron.

On Monday it was time to pack for the following morning’s flight down the coast to Montecastillo and the Volvo Masters. His performance both there and the following week in the American Express tournament at Valderrama was uninspired – not surprising perhaps at the end of another hectic and pressurised season.

But Montgomerie did enough to complete the job and claim his ‘seventh heaven’. And no one will have cheered louder than Lexus and their guests who will long remember their weekend of the Full Monty. 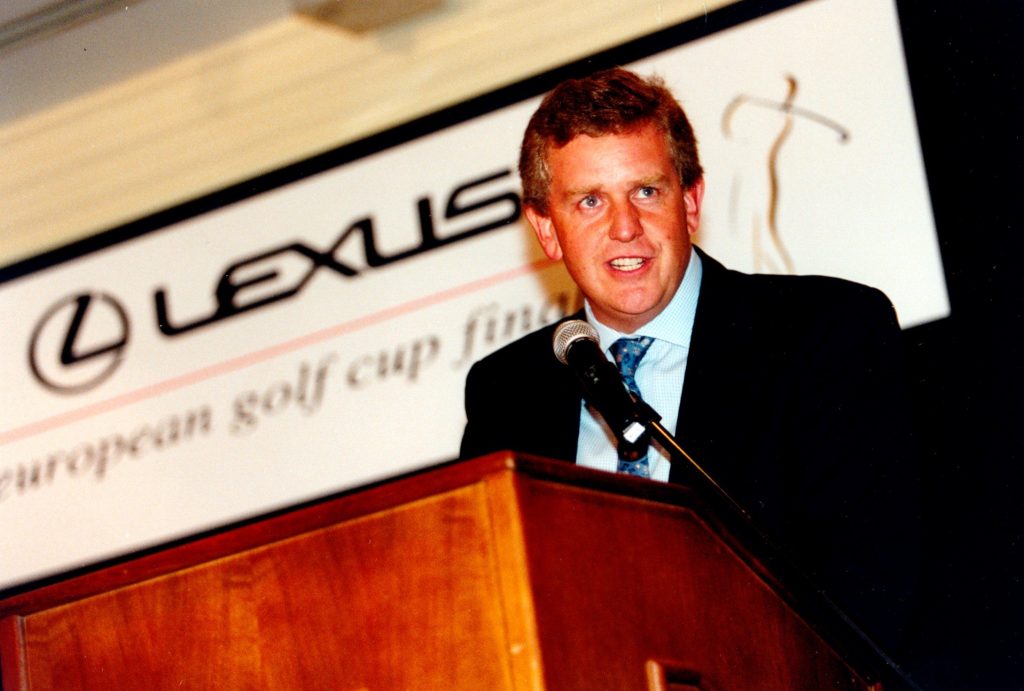 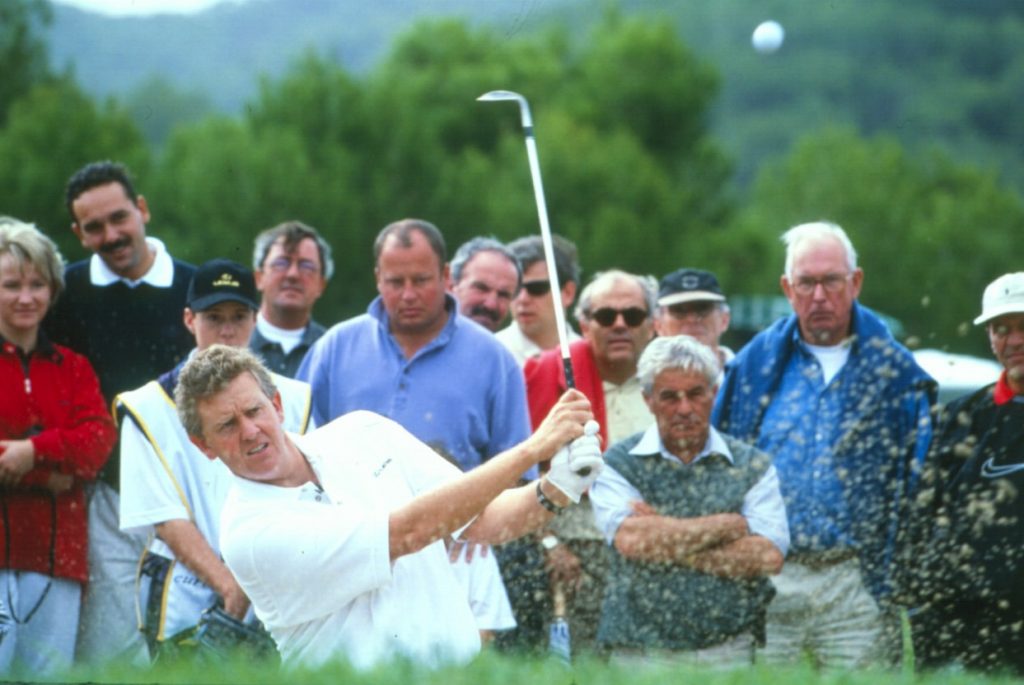 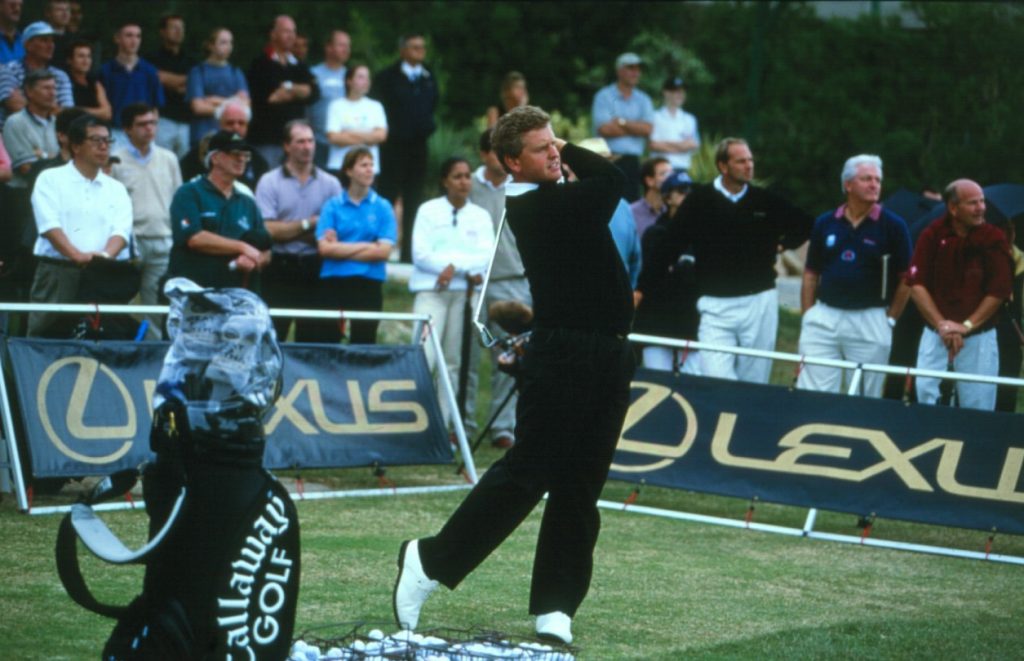 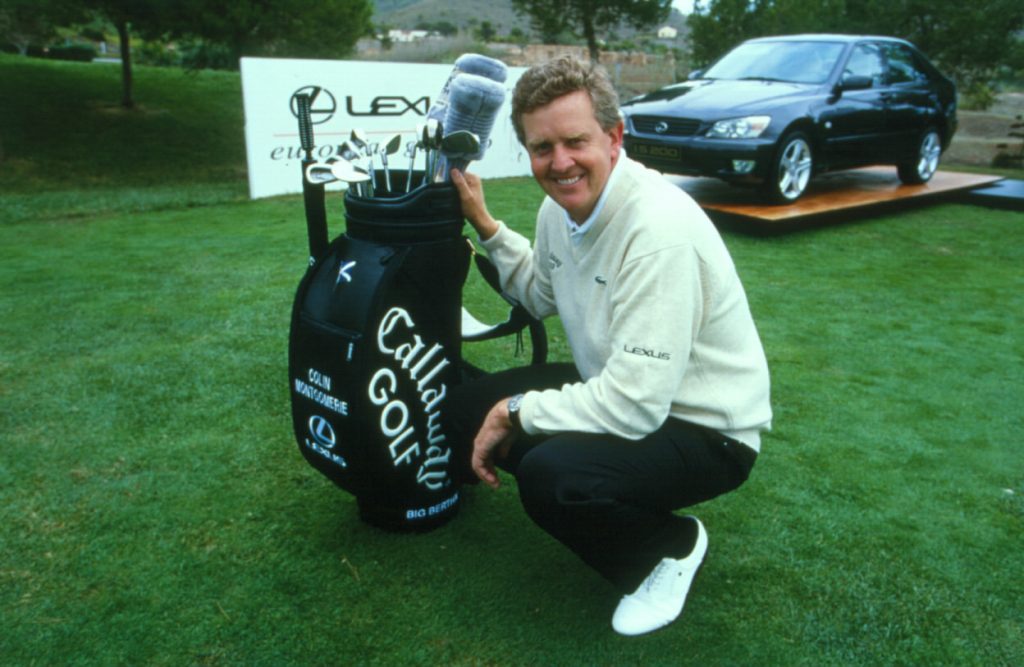 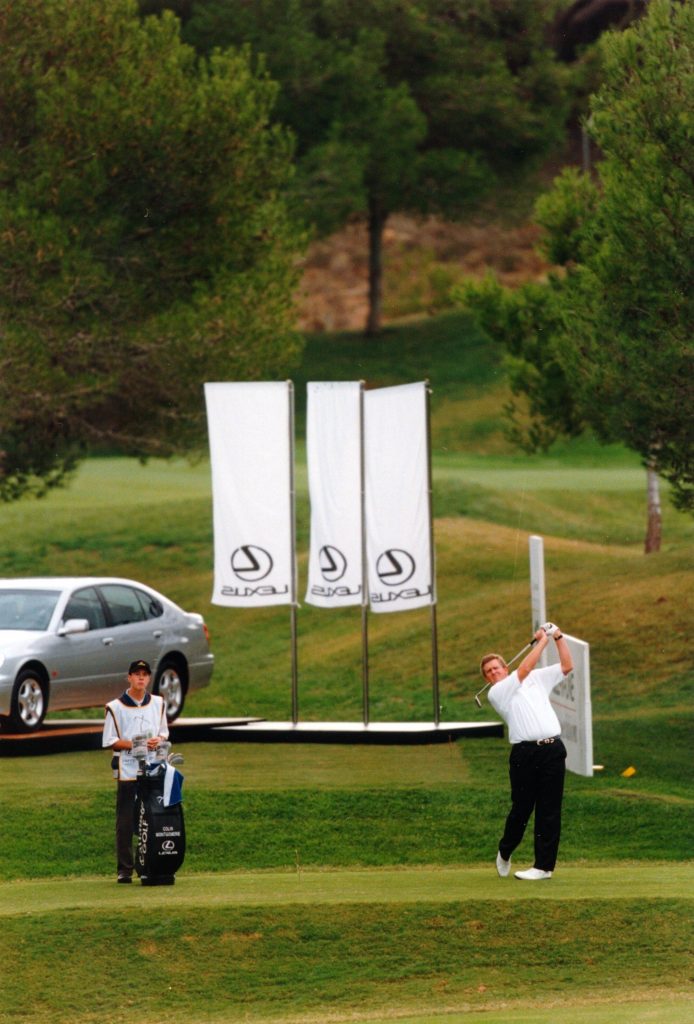 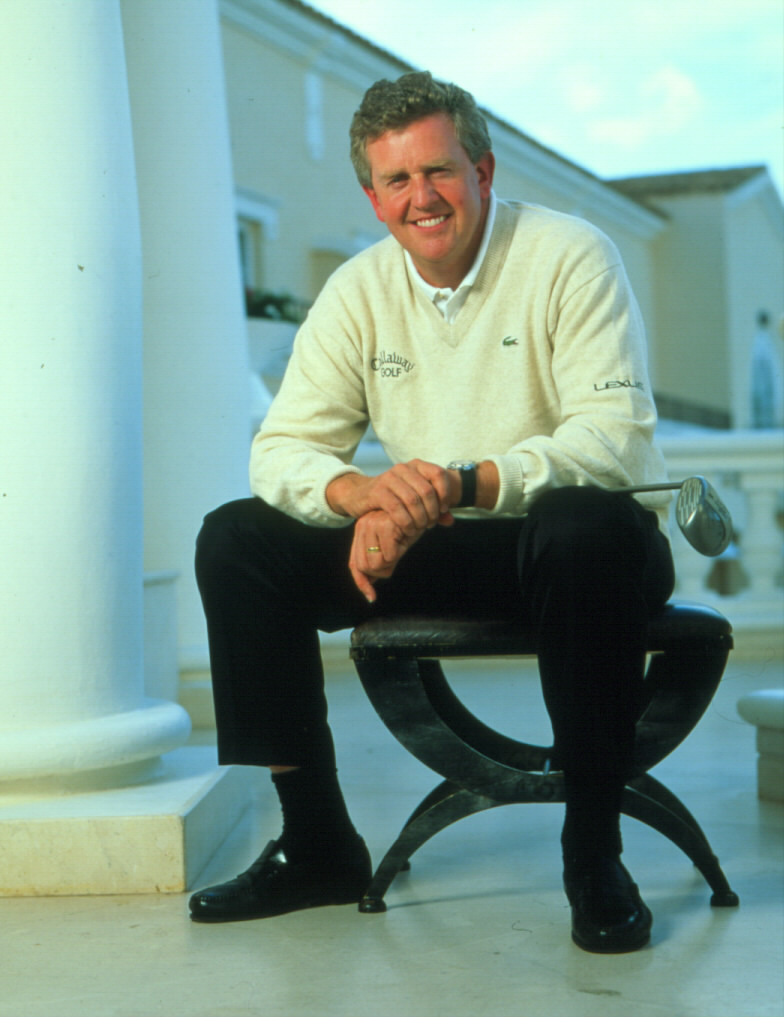