Lexus is presenting the debuts of its NX PHEV OFFROAD and hydrogen-powered ROV concepts at the 2022 Tokyo Auto Salon, which opens today.

The NX PHEV OFFROAD is based on Lexus’s first plug-in hybrid electric model, the NX 450h+, which went on sale at the end of last year, a car that delivers both refined performance and lower CO2 emissions. The bodywork design inspires adventure, with its lifted platform, large diameter all-terrain tyres and customised bronze and matt black paint finish.

The Lexus ROV (recreational off-road vehicle) goes beyond traditional on and off-road driving capabilities with a compact body that brings you closer to nature in a driving experience unlike any conventional passenger vehicle. It is the first Lexus to use a hydrogen-powered engine, giving it excellent environmental credentials as well as the pleasure generated by the sound and feel of an engine.

Compressed hydrogen fuel is stored in a high-pressure tank and introduced into the engine using precise direct injection. The result is an environmentally efficient engine that produces high-response torque from the hydrogen’s rapid combustion. It also maintains the stimulating feel of an engine-powered vehicle. With engine oil consumption kept to a minimum, there are virtually no CO2 emissions when driving.

The ROV Concept has a rugged pipe frame and a lightweight, compact body. It is fitted with a protection cage suitable for any off-road environment and a front grille to protect occupants; as well as being practical, its styling expresses Lexus’s next-generation design. The front wings prevent stones and mud from splashing upwards, while a suspension cover connected to the rear-mounted hydrogen fuel tank both protects the ROV’s functional components and references the durability inherited from Lexus SUVs. The L-shaped headlights and rear combination lamps and the LEXUS name on the rear are adopted from the all-new NX. The bodywork is finished in an Iron Oxide colour.

Inside, simple metrics are used to give the driver instant access to key driving information. The seats are upholstered in a sturdy synthetic leather, while high-quality leather is used for the steering wheel and shift lever.

Lexus is supporting the competition pilot Yohsihide Muroya who is participating in the Air Race World Championship this year with the Lexus/Pathfinder Air Racing team.

A one-third scale model of his Zivko Edge 540 V3 aircraft will be on display at the salon. The partnership agreement between Lexus and Muroya includes acceleration of their joint efforts to link technologies from both sides to develop racing machines and an effective team operation. Lexus will apply aerodynamic, cooling and weight-reduction technologies and know-how gained from the highly demanding air race competition to produce ever-better cars for the road and progress further towards carbon neutrality. 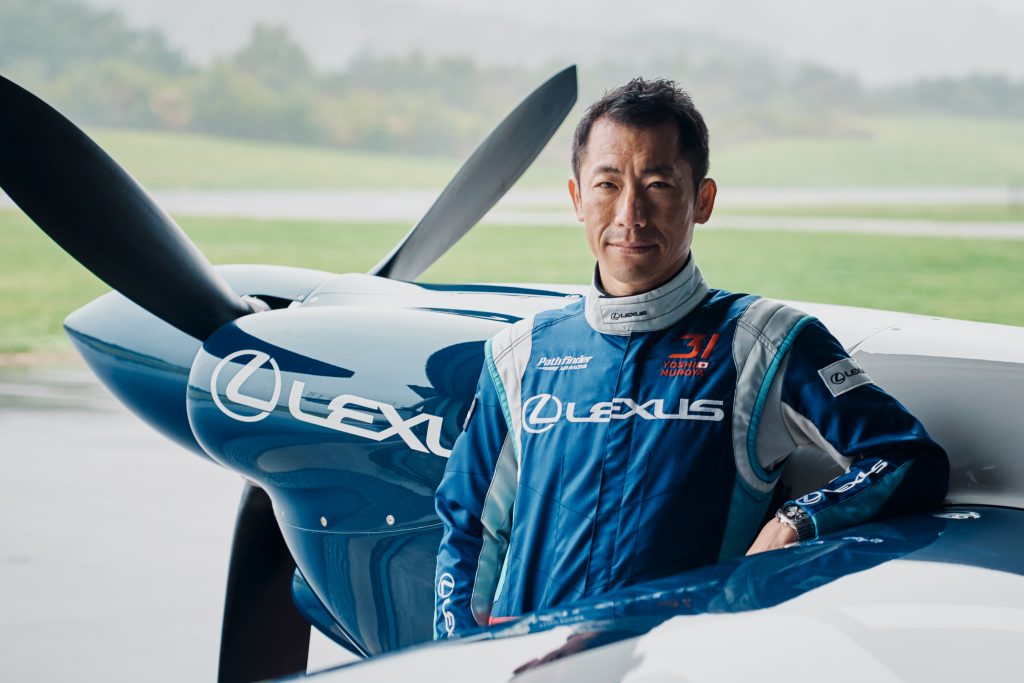 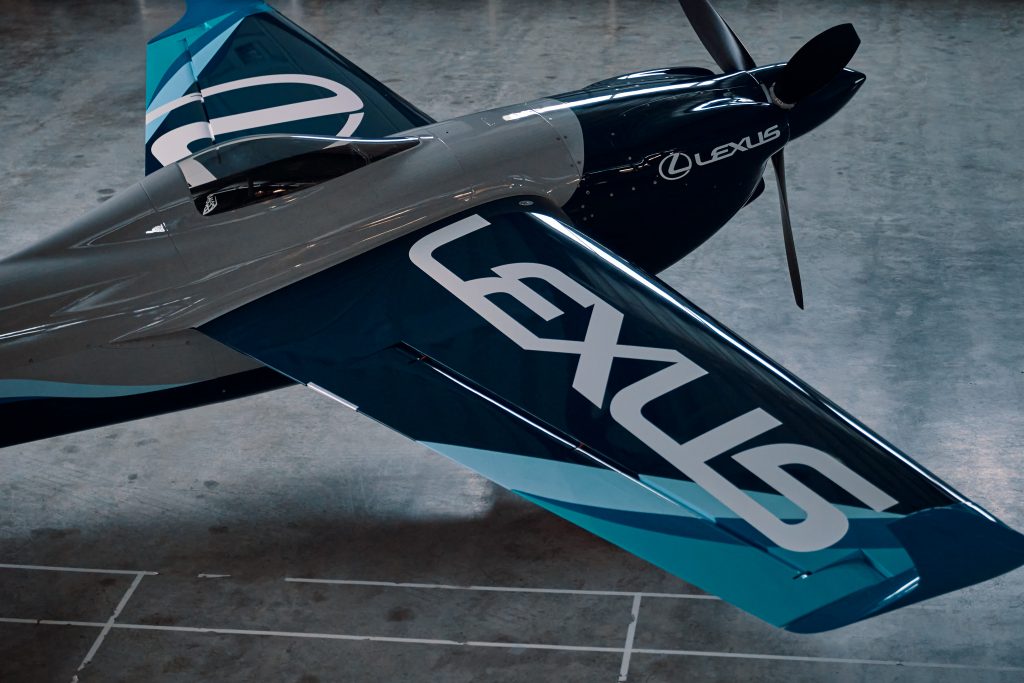 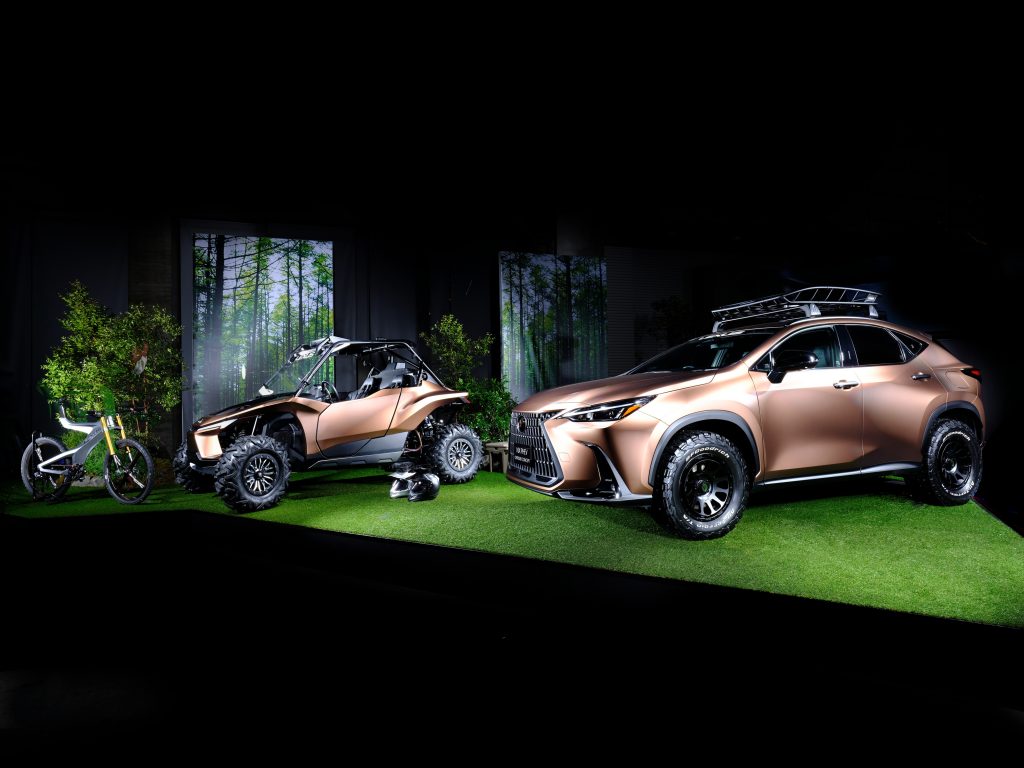 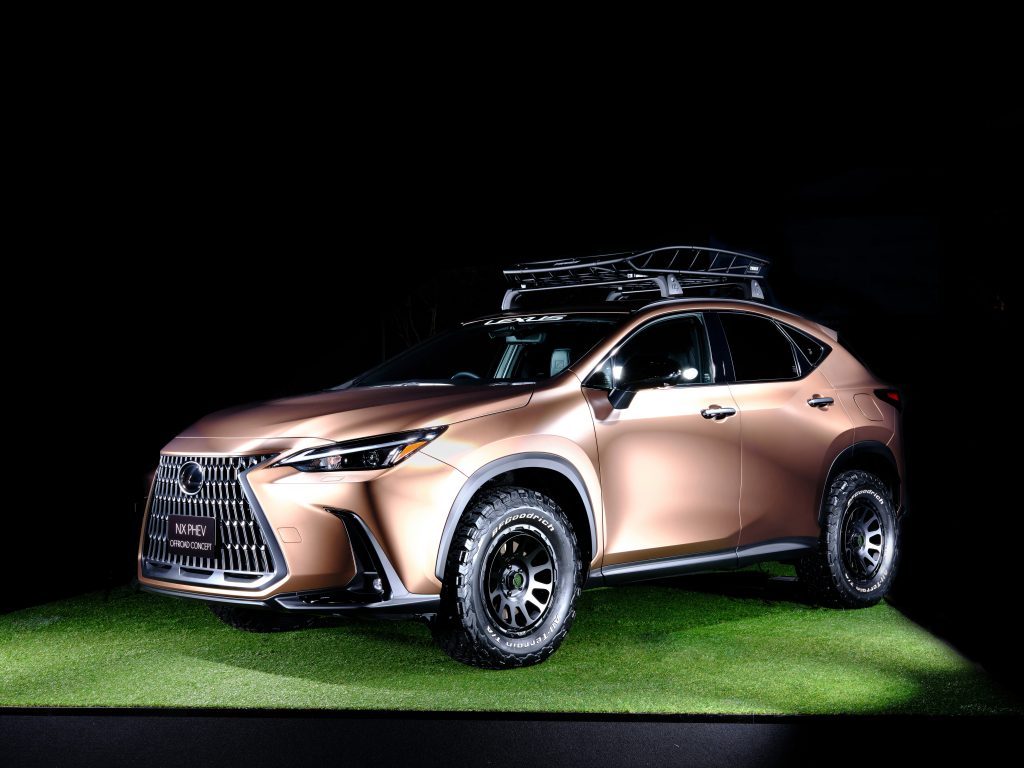 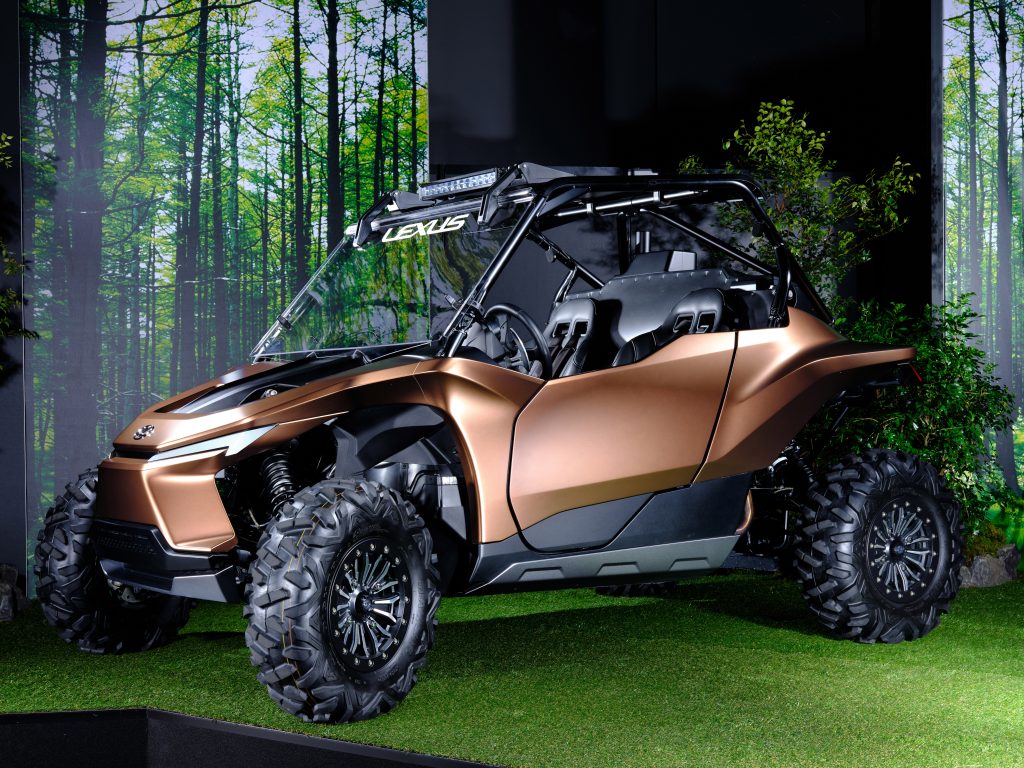