At this year’s London Motor Show, luxury car brand Lexus displays all three of its models – the IS200, the GS300 and the LS400 – on its stylish stand in Hall 2. In addition, the company is showing the RX concept car, based on the US RX300 model. A European version of the RX300 will be available in Europe and the UK from autumn 2000. The show car on display features large wheels, a distinctive front view and a special leather interior.

In the United States, the RX300 has been a smash hit with customers. Currently, it is the top selling Lexus model in the US, accounting for 37% of sales – almost 40,000 units – from January to July this year. The Lexus RX300 takes a whole new approach to the sport utility segment: it is a versatile 4×4 with the styling and interior space of a sporty estate car, combined with the ride comfort, sophistication and luxury that people expect from a Lexus. The RX300 is currently equipped with a powerful three-litre V6 Variable Valve Timing- intelligent (VVT-i) engine, producing 220bhp. Its interior is versatile and sets itself apart through an ingenious layout and design.

The newest Lexus, the IS200, is a compact and sporty saloon in the Lexus European model line up. Positioned at the heart of the highly competitive compact sports saloon segment of the market, the compact IS200 is already the best-selling Lexus model in Europe, with sales surpassing the company’s expectations. Since the launch in May this year, over 5000 sold orders on the Lexus IS200 have been taken in the UK.

With its two-litre, six-cylinder in-line engine and VVT-i technology, the car offers a maximum output of 153bhp and smooth torque reaching a maximum of 144lb ft at 4,600 rpm. Uniquely for its class, the Lexus IS200 is equipped with a close ratio six-speed gearbox as standard. An electronically controlled four-speed automatic gearbox is also available. With the manual gearbox, the IS200 reaches a maximum speed of 134mph and accelerates from 0 to 62mph in 9.5 seconds. Both the IS200 ‘SE’ and ‘Sport’ models are on display.

The Lexus GS300, with its stylish and muscular bodylines, which complement its performance, occupies a prominent position on the Lexus stand. The GS300 is a high-performance saloon equipped with some of the most sophisticated automotive technology currently available. Lexus is displaying the car in ‘SE’ and ‘Sport’ guises, the latter riding on massive 18 inch wheels, wider tyres and lowered suspension.

Vehicle Stability Control (VSC), which automatically corrects the car if it detects instability during cornering, is standard on this model, as is a two-step safety control of airbags and seatbelt pre-tensioners with force-limiters. The Lexus Navigator system, a touch-screen satellite navigation system is available as an optional extra.

As can be expected from a Lexus, the GS300 comes fully equipped as standard, and represents a complete package for drivers seeking a class leading luxury performance sedan.

The flagship LS400 was the model that launched the Lexus brand in 1990. It was designed from the outset to prove that Lexus could design and build a car that in terms of sheer engineering, performance and quality could compete with the very best in the world.

Every aspect of this large luxury saloon was re-examined at the time of its latest update in late 1997 in the relentless pursuit of perfection. The current Lexus LS400 offers a fresh but distinctive look, great performance and extraordinary levels of comfort and driving pleasure. As with the GS300, many features, such as VSC, come as standard on the LS400.

At the heart of the Lexus LS400 is a smoothly running all-aluminium four-litre V8 VVT-i engine, which offers 280bhp at only 5,900 rpm and an impressive torque of 293lb.ft at 4,100 rpm. The silent V8 is combined with a five speed automatic gearbox featuring high technology artificial intelligence. The LS400 on display features the optional Dynamic Handling Pack which includes bigger wheels and bespoke suspension settings for more responsive handling.

Lexus At The 1999 London Motor Show 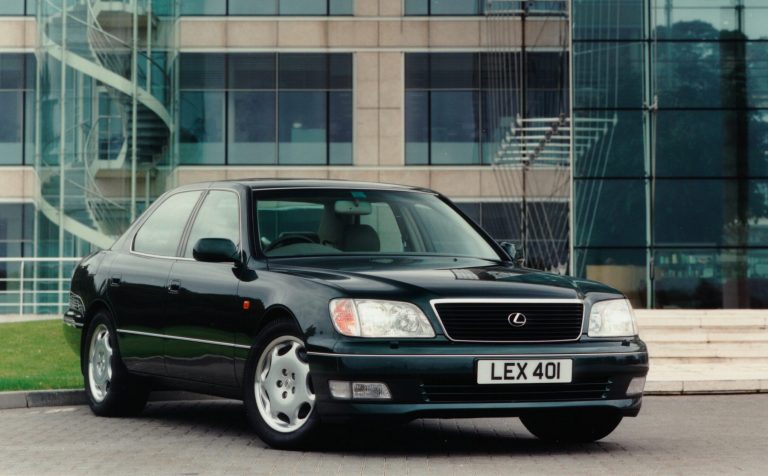 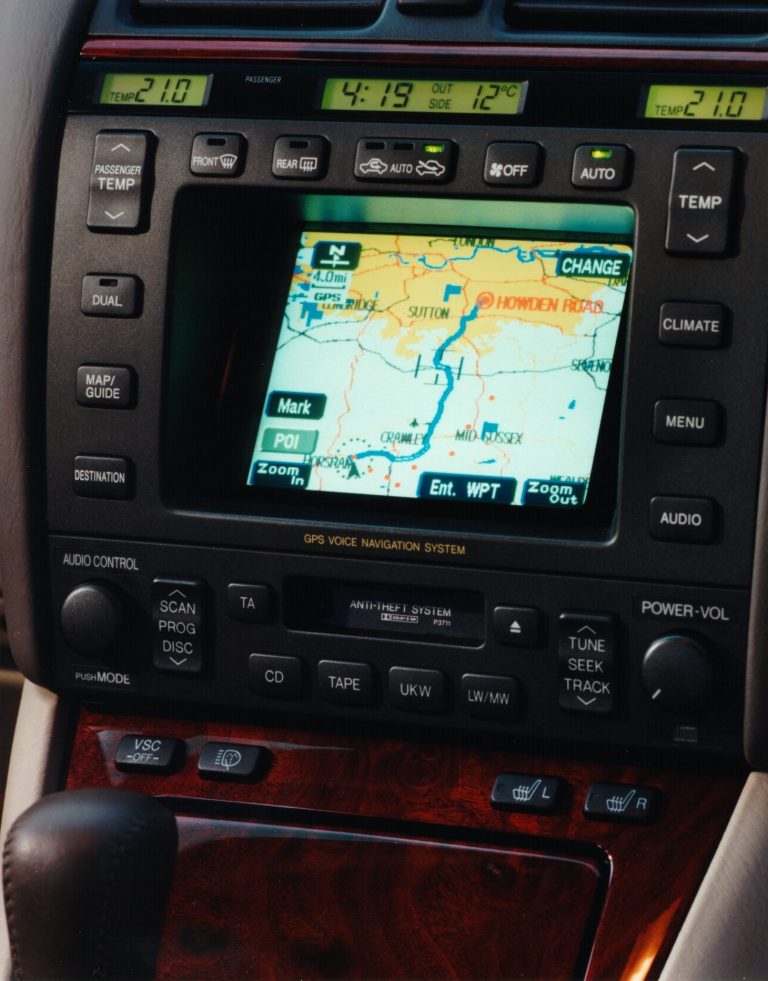