Lexus has announced the judges and mentors for the Lexus Design Award 2020, the eighth year of the international competition that nurtures and supports up-and-coming design talent.

This year, Jeanne Gang joins other esteemed design leaders on the judging panel, exemplifying the award’s continuing theme of Design for a Better Tomorrow. Gang adds another perspective to the richly diverse talent of the panel, which includes Paola Antonelli, Senior Curator of Architecture and Design at the Museum of Modern Art; John Maeda, Technologist and Chief Experience Officer at Publicis Sapinet; and Yoshihiro Sawa, President of Lexus International.

Creative pioneers from around the world will provide mentorship to the six award finalists: celebrated British furniture and furnishings designer Bethan Gray; Philippe Malouin, an award-winning architectural, interiors and product designer; and Joe Doucet, a multi-award-winning designer, artist, entrepreneur, inventor and creative director. They join architect Shohei Shigematsu, who heads up OMA New York and who also served as a mentor in the Lexus Design Award 2019.

The finalists, to be named in January, will take part in an intensive mentoring workshop with these world-renowned designers at Intersect by Lexus in New York City, to prepare prototypes of their design concepts. They will enjoy further interactive access to their mentors as they continue to develop their work for public display and judging at Milan Design Week on 20 April 2020. The Lexus Design Award 2020 will culminate with the announcement of the Grand Prix winner.

Entries are being accepted for the Lexus Design Award 2020 through to 14 October 2019, for details visit LexusDesignAward.com.

Paola Antonelli is Senior Curator for the Department of Architecture and Design at the Museum of Modern Art, New York and is MoMA’s founding Director of Research and Development. Her goal is to promote the understanding of design until its positive influence on the world is universally acknowledged. Her work investigates design’s impact on everyday experiences, often including overlooked objects and practices, and combining design, architecture, art, science and technology. She has curated shows, written books, lectured worldwide and taught in several schools, including Harvard and UCLA. Following the XXII Triennale di Milano – her 2019 Broken Nature, devoted to the idea of restorative design – she is working on Material Ecology, a show on the work of architect Neri Oxman that will open at MoMA in February 2020. She is also working on new sessions of her MoMA R&D Salons and on two books: a collection of essays on contemporary design and Design Bites, about foods from all over the world as examples of design.

Jeanne Gang FAIA is the founding principal and partner of internationally renowned architecture and urban design practice Studio Gang. Recognised for an approach that expands beyond architecture’s conventional boundaries to foreground relationships between individuals, communities and their environment. Jeanne has a diverse, award-winning portfolio of work throughout the Americas and Europe. These include Aqua Tower in Chicago, an expansion of the American Museum of Natural History in New York and the new United States Embassy in Brasilia. Jeanne is a MacArthur Fellow and Professor in Practice of Architecture at the Harvard Graduate School of Design and this year was named one of the most influential people in the world by TIME magazine and won her largest commission to date, the 2.2 million sq ft O’Hare Global Terminal.

John Maeda is an American technologist, designer, engineer, artist, investor, author and teacher who was recently appointed Chief Experience Officer at Publicis Sapinet, the technology consulting and delivery arm of the communications and marketing conglomerate Publicis. He has held positions with Automattic, the parent company of WordPress.com and the venture capital firm Kleiner Perkins. He has led research at the MIT Media Lab and served as president of the Rhode Island School of Design. Named as one of the 75 Most Influential People of the 21st Century by Esquire, Maeda draws on his diverse background as an MIT-trained engineer, award-winning designer and executive leader to bring people and ideas together at scale. He is the author of several celebrated books, including The Laws of Simplicity and Redesigning Leadership. His upcoming book How to Speak Machine will be available in November 2019. He has appeared as a speaker all over the world, from Davos to Beijing to Sao Paolo to New York. His talks for TED have received millions of views.

Yoshihiro Sawa, President, Lexus International, has been an innovator in automobile design and engineering for more than 30 years. A visionary anchored in the practical, he is acknowledged as a global leader in his field. Sawa has been involved in building better, more beautiful vehicles for decades, applying his unique perspective to the harmony of form and function. This has seen him lead various aspects of the business, from engineering to design and product development, giving him a holistic view of the art of building automobiles. Sawa applies this to his role at Lexus, guiding the brand in delivering on its promise of amazing experiences through inspired design, relentless innovation and uninhibited performance.

London-based Bethan Gray is one of the UK’s most celebrated furniture and homeware designers, having received four Elle Decoration British Design Awards, including the coveted Best British Designer title. Her work features extensively in global media and she has exhibited in London, Milan, Paris, New York and Dubai.

Bethan’s ancestors went on an incredible journey across continents and she has since visited many of the places they passed through, inspired by a love of travel, art and culture. Today, her mission is to bring contemporary relevance to the traditional techniques from these regions, keeping both cultural narratives and craft skills alive. She believes in the power to tell stories through craft and design and has formed joint ventures based on mutual trust and respect that support more than 400 master craftspeople globally.

Bethan Gray Design, established in 2008, creates luxury, handcrafted collections of furniture and home accessories that are sold through global retailers such as Harrods, Liberty and Lane Crawford. Within her own practice in London she nurtures, connects and encourages new design talent and mentors upcoming female designers. She has recently launched a Prize for Women in Craft with Cardiff Metropolitan University where she is an honorary fellow.

Philippe Malouin, director of the Philippe Malouin Studio, is a British-Canadian who holds a bachelor’s degree in design from the Design Academy Eindhoven. He also studied at the École Nationale Supérieure de Création Industrielle in Paris and the University of Montreal.

He set up his studio in 2008 after working for the English designer Tom Dixon. Philippe taught at the Royal College of Art in London between 2012 and 2015. He is also the director of POST-OFFICE, an architectural and interior design practice.

Joe Doucet, founder of Joe Doucet X Partners, is a designer, entrepreneur, inventor and creative director, and one of the most sought-after creative talents working in America today. After graduating from the Art Center College of Design, he quickly began exporting his vision into product, furniture, environment and technology to find solutions for daily and societal challenges through design. His work deftly hybridises function and visual appeal while conveying layers of meaning and message. Doucet believes that design and, more importantly, a designer’s thought process, can play a larger role in innovation and problem-solving, as well as aesthetics. He currently holds numerous patents for his designs and inventions. Doucet’s work has been exhibited globally, including at the London Design Museum and the Biennale International Design in Saint-Etienne. He has received numerous international awards, including a World Technology Award for Design Innovation and multiple Good Design Awards. He was also named the only ever AvantGuardian for Design by Surface magazine. In 2017, Doucet was named the 2018 winner of the Smithsonian Cooper-Hewitt National Design Award as Product Designer – the highest honour in his field. As an entrepreneur, he has created and launched a myriad of businesses aimed at making the world a better place through design, including OTHR and Citizen A.

Shohei is a partner and director of OMA New York. He joined OMA in 1998 and has led the New York office since 2006; he became a partner in 2008. He has recently completed the renovation of Sotheby’s New York headquarters, luxury high-rise towers in San Francisco and Miami, and OMA’s first ground-up building in New York City, a residential complex at 121 East 22nd Street. Show has successfully completed designs for cultural venues, including the Quebec National Beaux Arts Museum and the Faena Arts Center in Miami. Projects currently in progress include the expansion of Buffalo’s Albright-Knox-Gundlach Art Museum and a second building for the New Museum. Show has also designed exhibitions for Prada, the Venice Architecture Biennale, the Metropolitan Museum of Art, Park Avenue Armory and Dior’s first US retrospective at the Denver Art Museum and Dallas Museum of Art. He oversees OMA’s projects in Japan, including a new business centre in Fukuoka (2020) and OMA’s first mixed-use tower in Tokyo for the Mori Building Co Ltd (2022).

A design critic at the Harvard Graduate School of Design, Sho has lectured at TED and Wired Japan conferences and at universities throughout the world.

About the Lexus Design Award

First launched in 2013, the Lexus Design Award is an international design competition that targets up-and-coming creators from around the world. The award seeks to foster the growth of ideas that contribute to society by supporting designers and creators whose works can help to shape a better future. It provides a unique opportunity for each finalist to work with a globally recognised designer as a mentor to create prototypes of their designs, and then exhibit them at one of the design calendar’s most important events.

Lexus Announces Judges and Mentors for the Lexus Design Award 2020 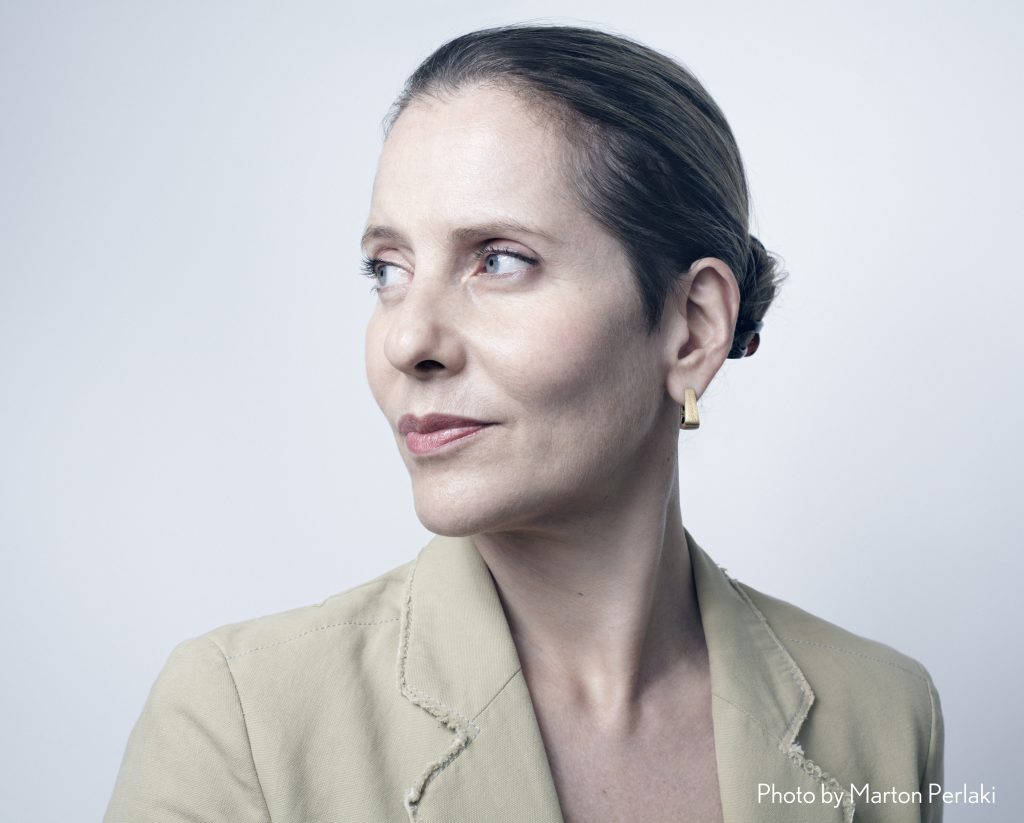