Artist Kyla McCallum’s paper model of the Lexus UX 300e is incredibly detailed, from the tiny perforations in the leather seats, to the clock on the dashboard and the intricate pattern of the car’s distinctive spindle grille.

A new short film by Lexus shows how this 1:10 scale paper model was created:

The UX 300e is the first all-electric car from Lexus.  It is a compact luxury SUV that can cover up to 196 miles, with zero emissions, and it features the quality and craftsmanship that Lexus is known for.

Lexus commissioned the miniature model as a tribute to the Japanese takumi, or master craftspeople, who work on its cars.  One of the tasks the takumi regularly perform to maintain their dexterity is to fold an origami cat in less than 90 seconds, using their non-dominant hand.

Japan has a long tradition of intricate paper art forms. Origami has been part of the national culture for 2,000 years, while the delicate art of kirie paper cutting has been practised since the seventh century. The UX 300e paper model was made using both these techniques.

McCallum is a professional artist who works with paper from her London studio, Foldability, and she is passionate about the medium she works in: “Paper’s such an unassuming material. You see it every day, but you don’t really notice it. But I love the fact that you can use it to create all these amazing shapes. Origami is a skill where you have to be precise and technical.”

How the paper UX 300e was made

A separate, extended Lexus short film shows how the paper model was made:

The entire build took four months, from design to the finished model.  The model is made from 100 individual pieces of paper, each finely cut and folded.

McCallum used sustainably sourced 120gsm paper, which is quite thin, yet strong enough to allow for the curved elements of the car’s design.

McCallum commented: “When I ordered the paper and sat down to begin, I had a bit of panic as I realised how many curves the car has. It’s quite an unusual shape to recreate and it’s definitely one of the toughest projects I’ve worked on.”

McCallum used some techniques that she rarely practises. For example, the grille was made using a kirigami method in which folds are created by lightly scoring the paper.

The body of the car was based on a 1:10 scale remote controlled car chassis.  McCallum also produced a separate model of the interior.  About the size of a shoe box, this includes minute details, such as a start button and stitching on the gear shift. Different textured papers were used to try to replicate the fabrics used in the real car, while the perforations in the seat upholstery were created by hand, using a piercing awl.

To test drive the model, McCallum created a small-scale paper city, complete with a miniature charging point. For the buildings, a heavier 300gsm paper was used, and origami folding techniques were applied to create different effects. 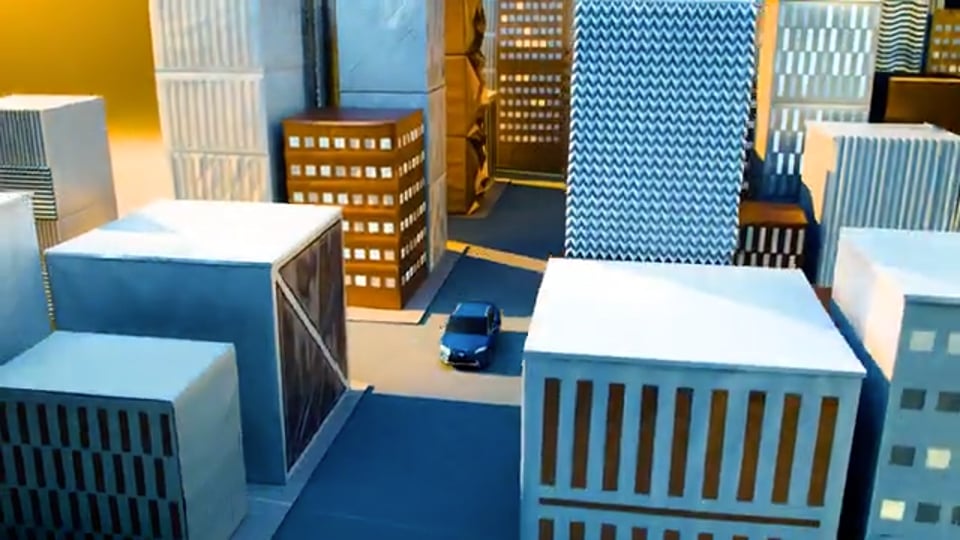 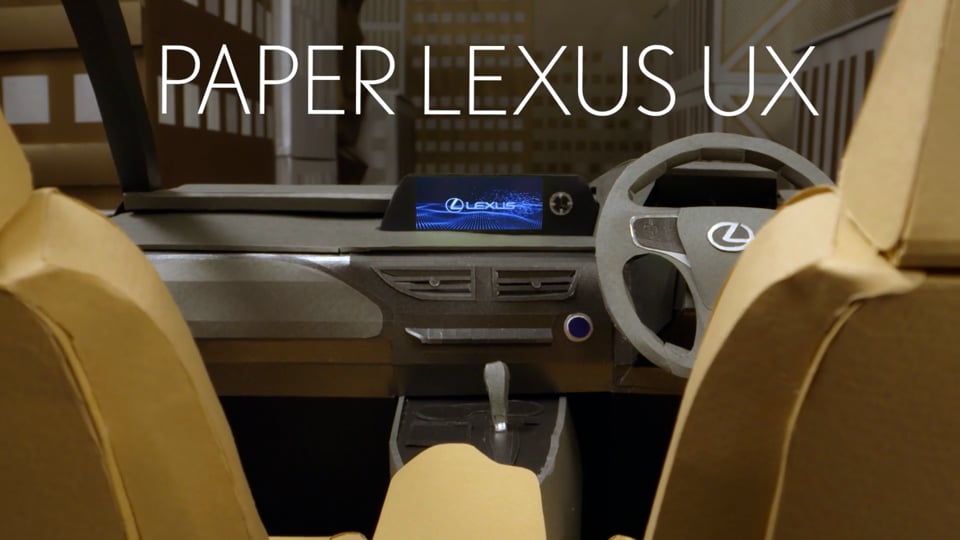 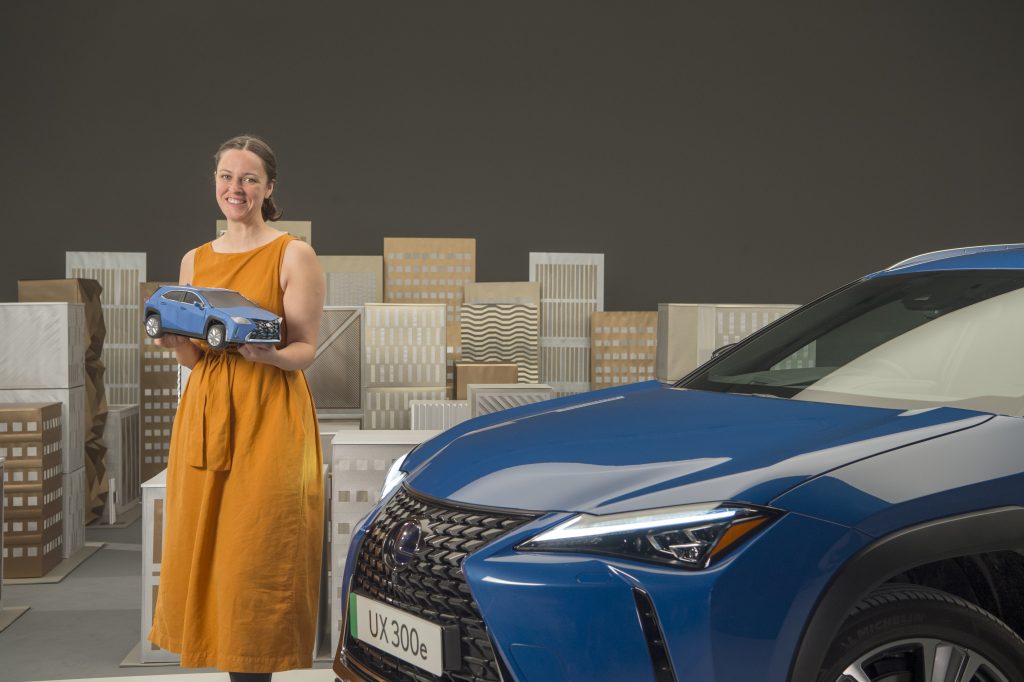 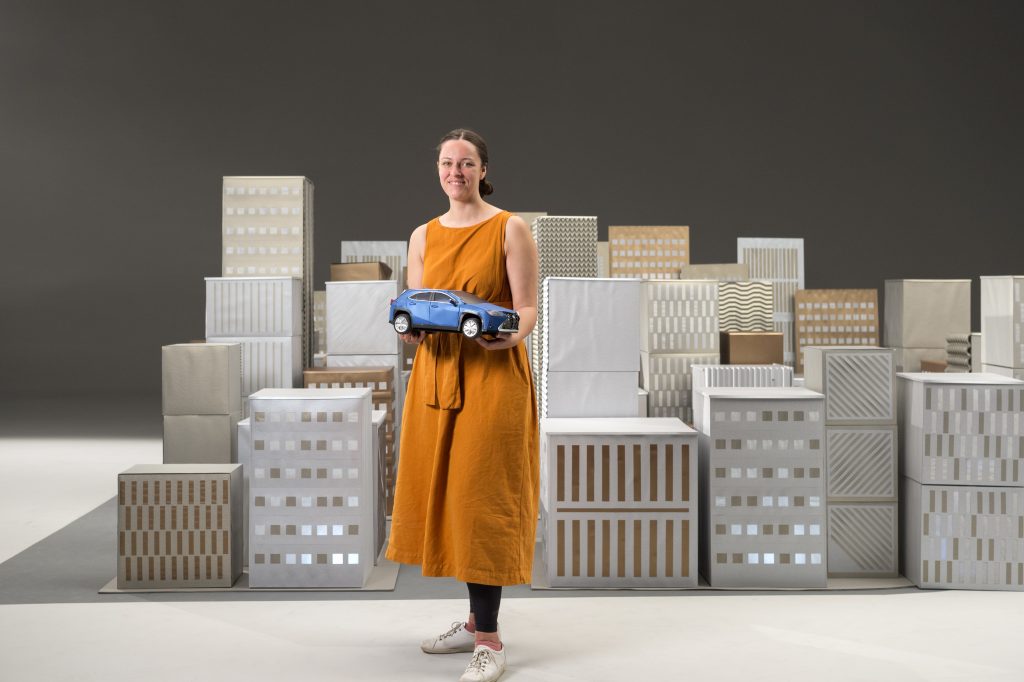 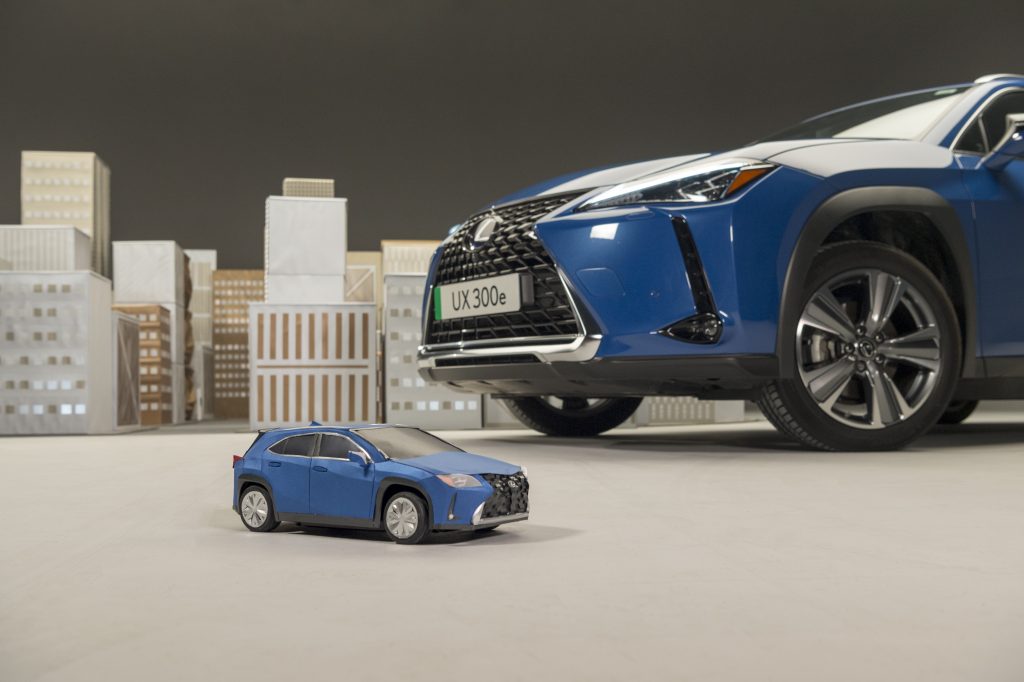 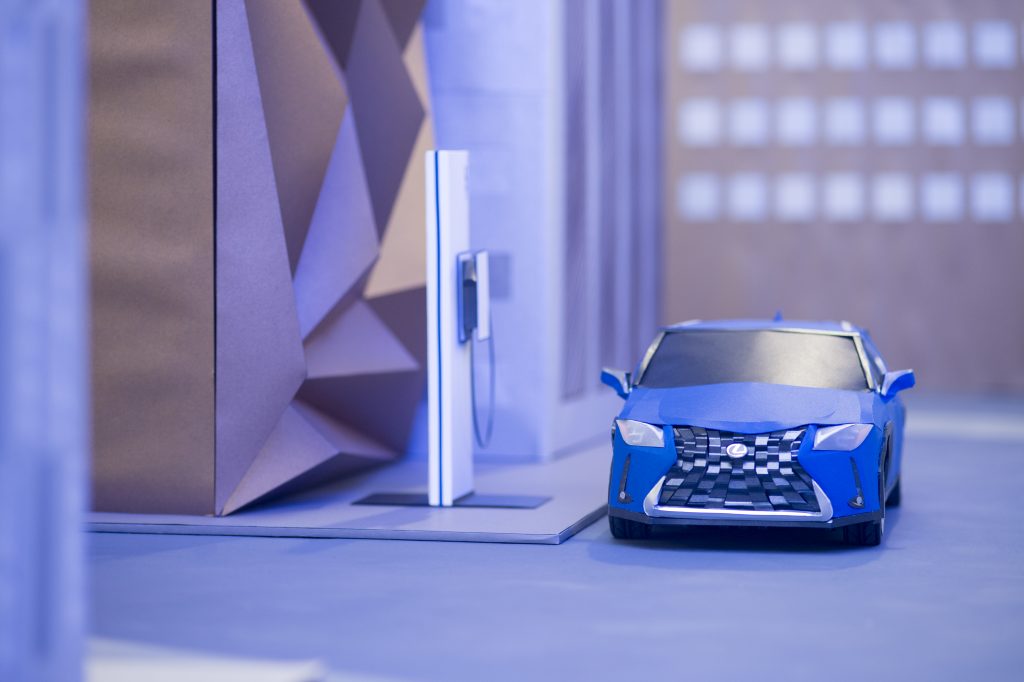 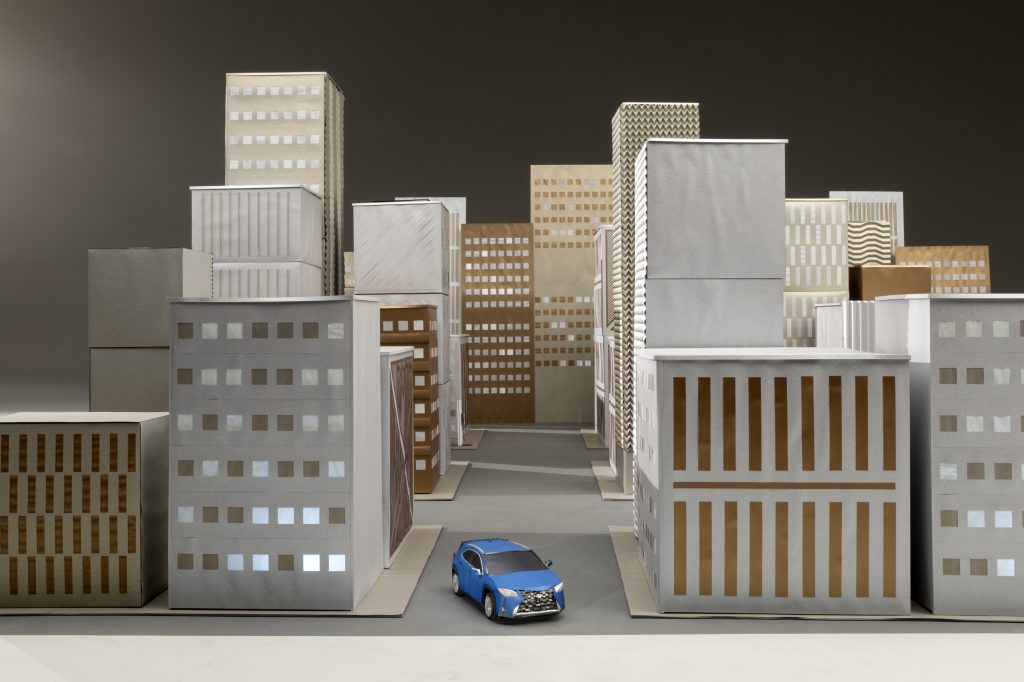 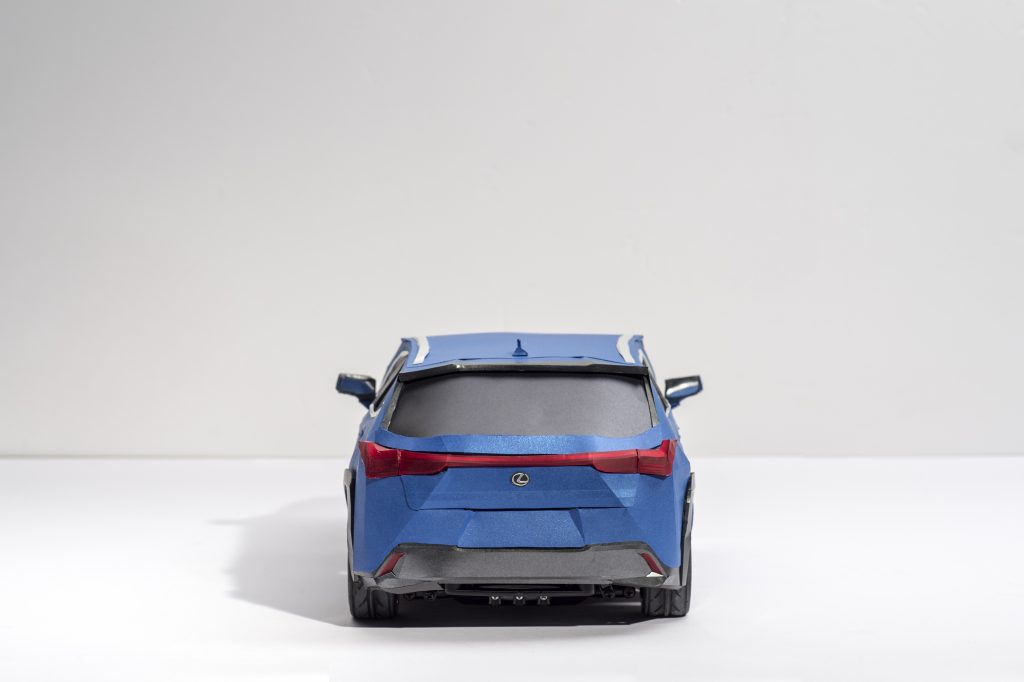 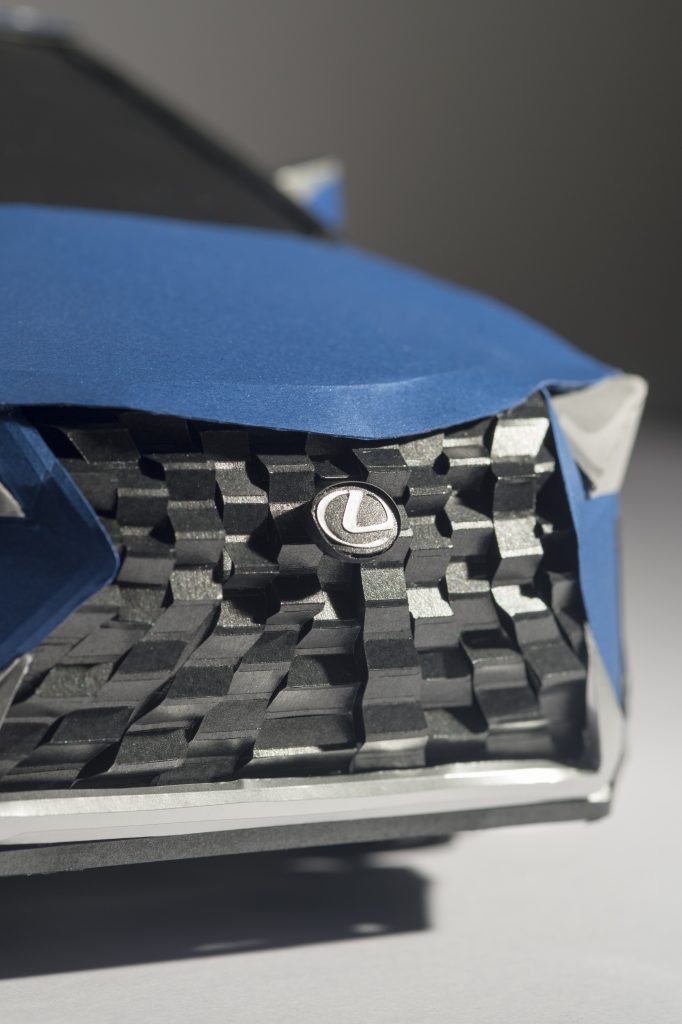 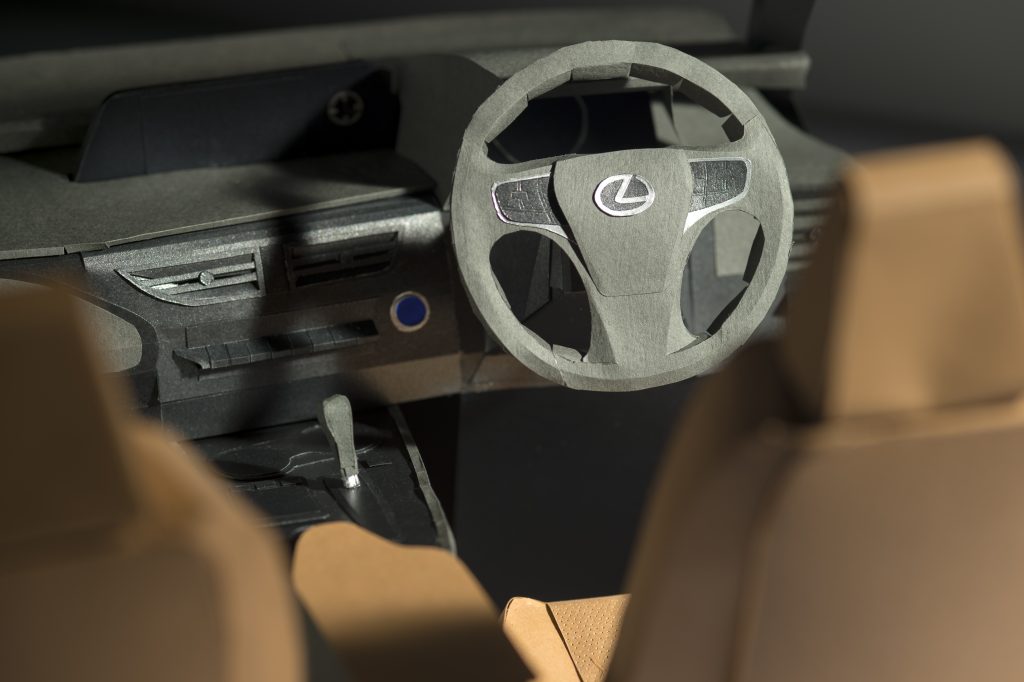 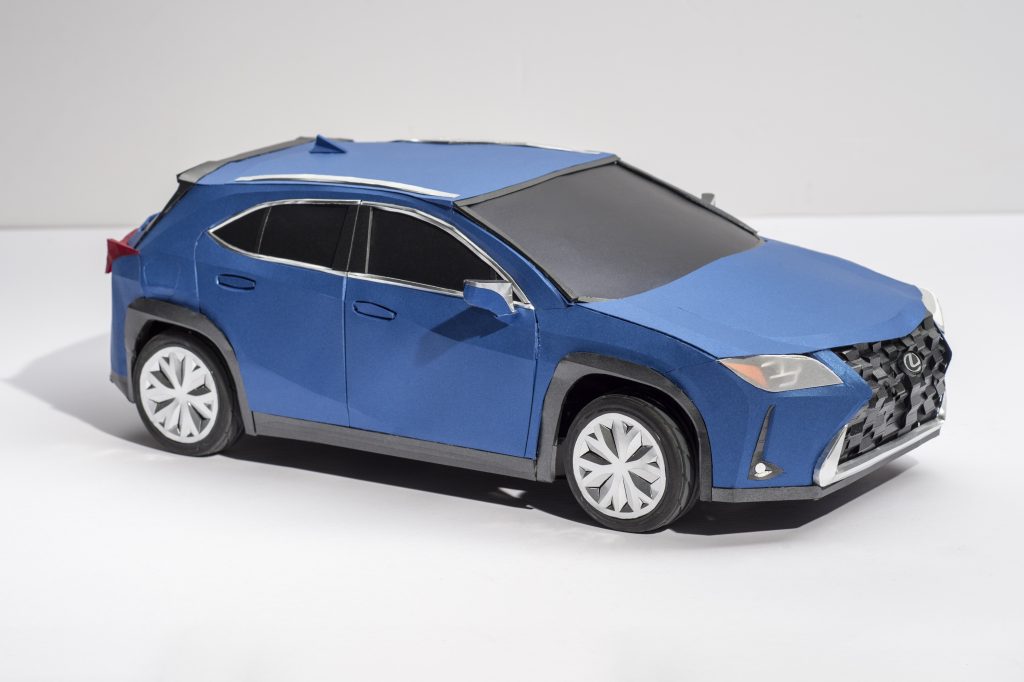 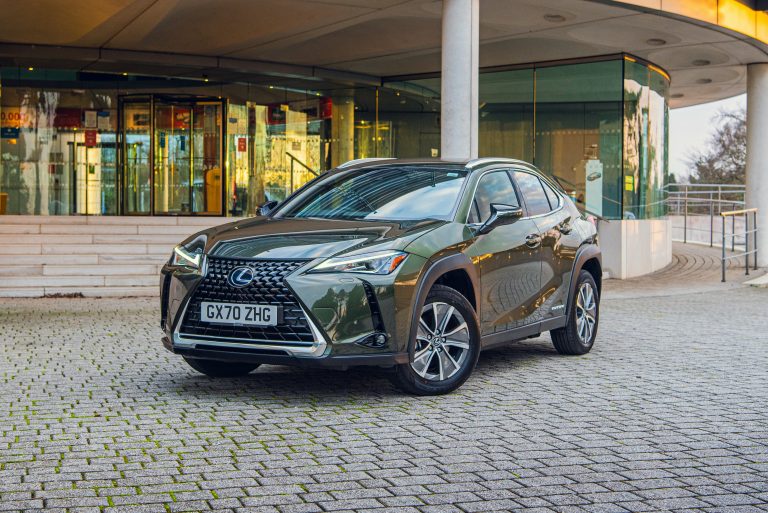 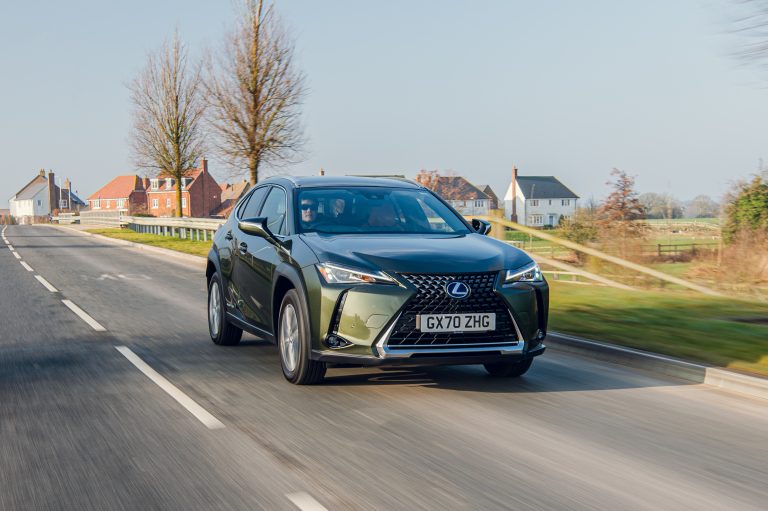 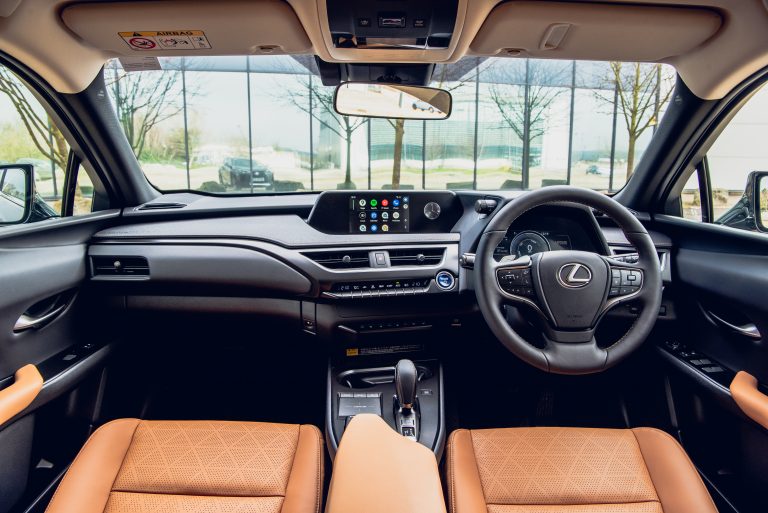 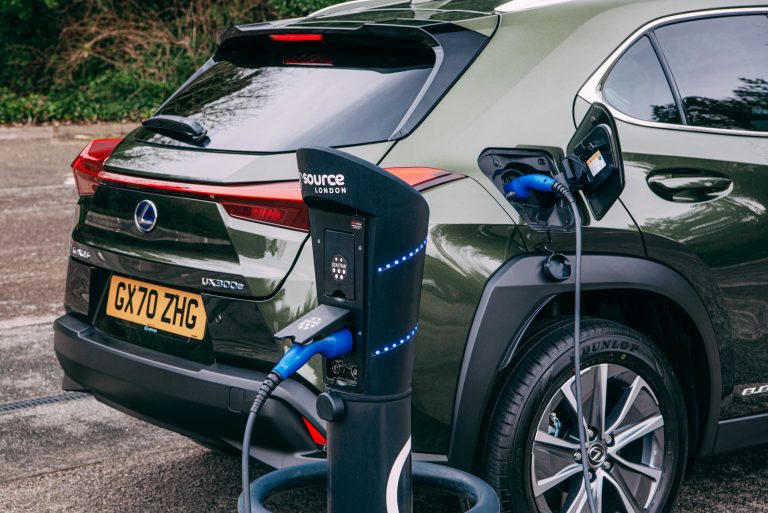 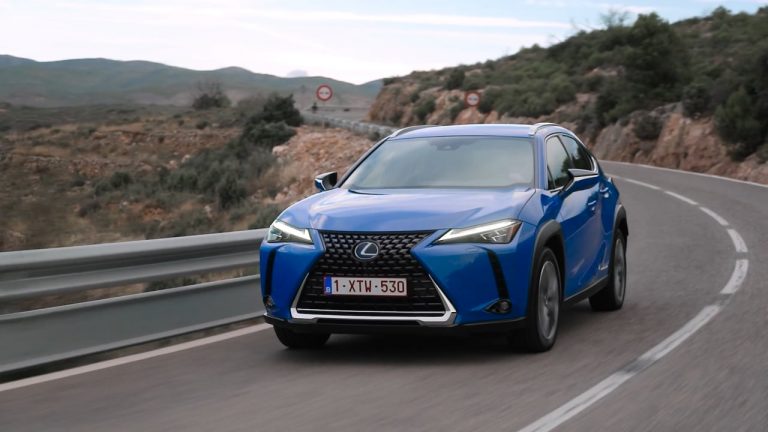 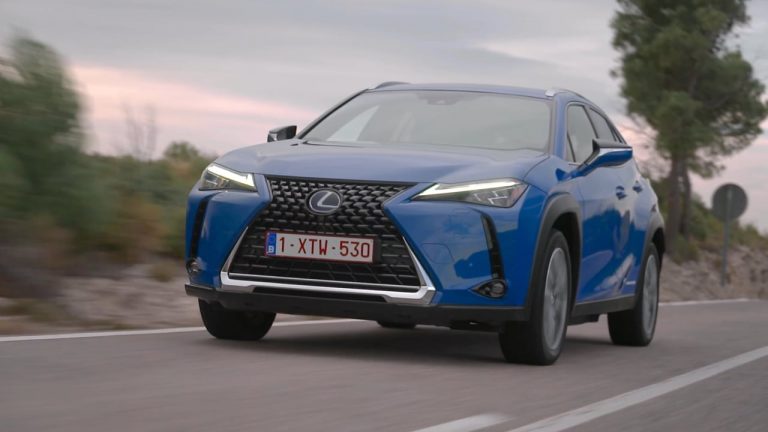