Lexus Hedge End, near Southampton, is the subject of a new film in which a drone has captured every aspect of the business, taking a flight through the building and even inside some of the vehicles.

The single-take tour is designed to be an immersive experience, making viewers feel as if they were flying around the centre themselves. The film can be viewed here: Lexus Car Dealership – FPV Drone Fly Through – YouTube

There is also a behind the scenes film that shows how the footage was captured: Lexus Car Dealership Drone Fly Through – How We Made It – YouTube

The Lexus film was created by drone operator Sam Butcher, a specialist in First-Person View (FPV) flight. The process began two weeks before the day of the shoot with risk assessment and a careful planning of the route, which included difficult transitions through narrow apertures, elevations and different atmospheric conditions.

On the day of filming, the Lexus centre had to remain open to the public and continue operating as normal, so the flight was timed so that it didn’t put anyone at risk.

The drone was custom-made for the film, designed so it could fly through the open windows of a car yet be powerful enough to carry its battery pack and GoPro Hero 8 high-definition camera. The four propellers were protected by guards to prevent damage or injury in case of any malfunction or piloting error.  FPV drones are typically flown at speeds of around 80mph when capturing footage of a moving car, but for the Hedge End filming a much more docile machine was used, weighing less than 250g and flying at little more than walking pace.

Butcher commented: “The most difficult part of the shoot was when it was really windy and we had to fly over the cars parked outside and through a very narrow doorway.  The transition between fighting the wind and then moving into a static environment while maintaining smooth footage was definitely the biggest challenge.”

Drone operators control their craft remotely, yet while footage is usually viewed through a director’s monitor, FPV filming requires Butcher to wear special goggles. Similar to a virtual reality headset, these block out all other vision and generate the same first-person view that the camera sees. This out-of-body view takes some adjustment to get used to, but it allows Butcher to precisely judge the drone’s filming location in relation to static and moving objects around it. This skill enabled him to accurately thread the drone diagonally through the front and rear windows of a Lexus IS car on the showroom’s mezzanine level while he is sitting in the back of another vehicle on the ground floor. Members of the production team acted as spotters to warn of any hazards outside his field of view.

Butcher added: “My favourite part of the film is the sequence where it moves from low down, over the mezzanine floor and then above the car on the lift and through to the used car area.”

Paul Wilde, spokesperson for Lexus Hedge End, said: “We feel this fly-through drone tour offers a unique perspective on the layout and welcoming environment of a typical Lexus centre and will give our visitors a good idea of what to expect when they come to us.  We think this fly-through filming offers great potential for providing previews of other Lexus centre around the country.” 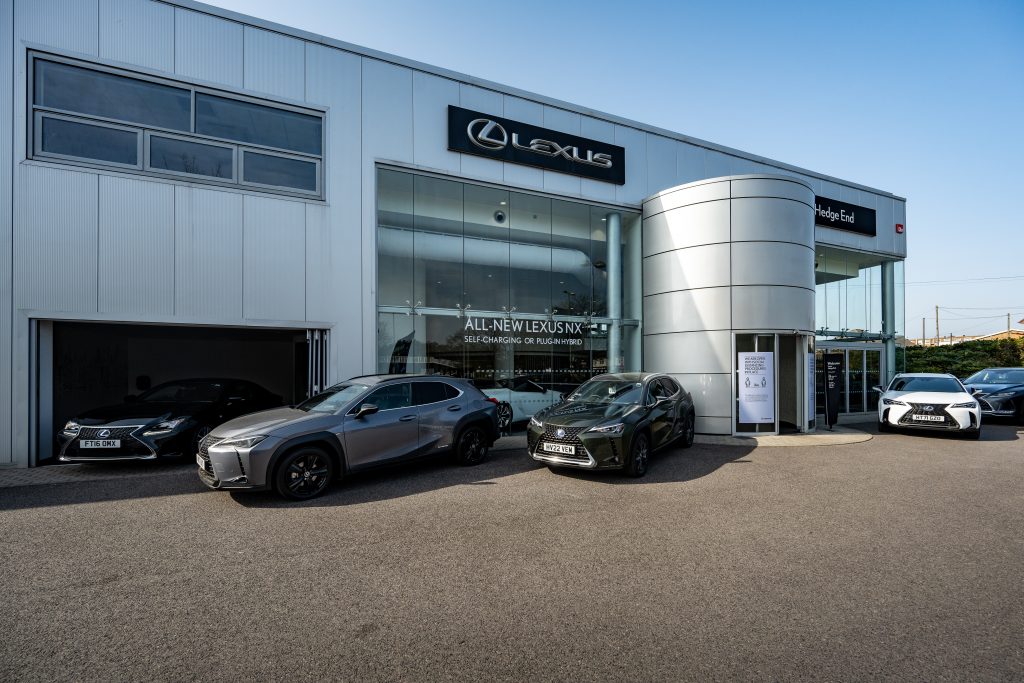 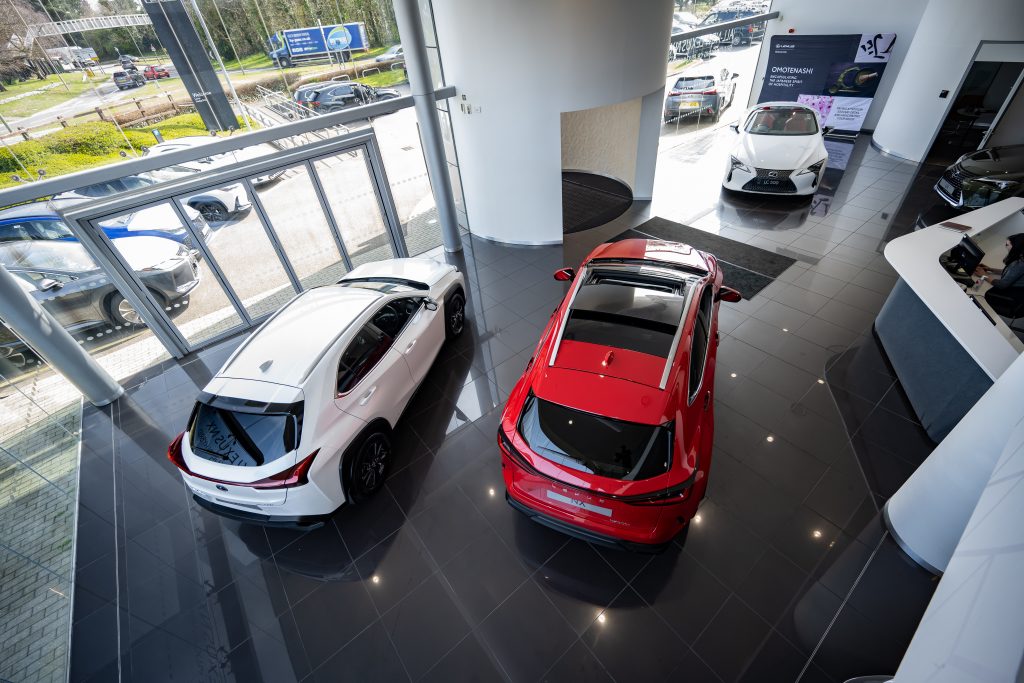 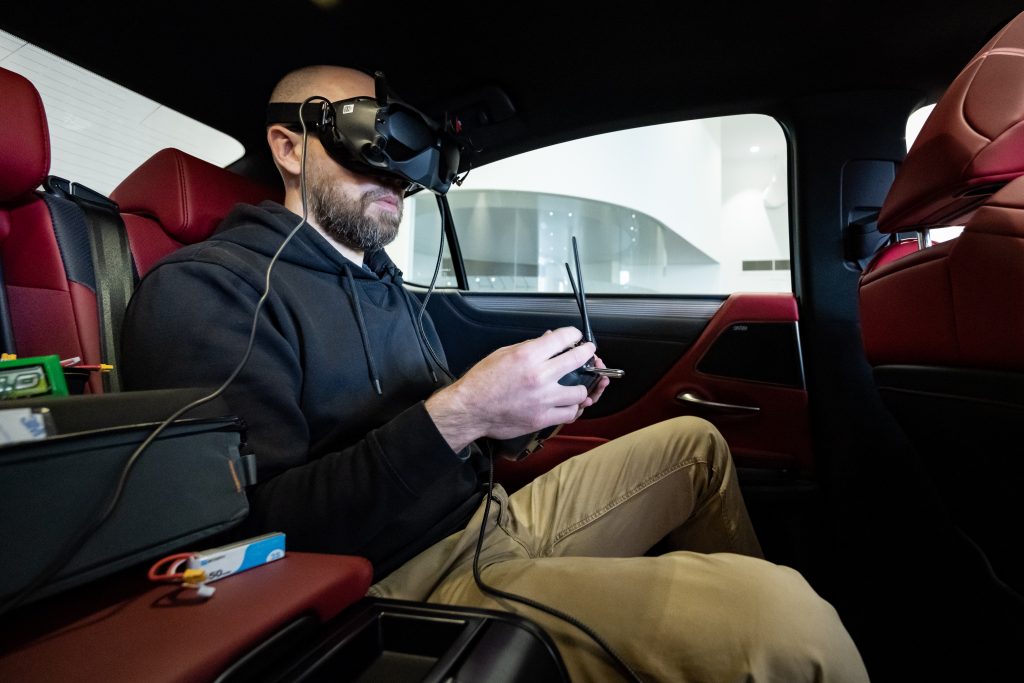 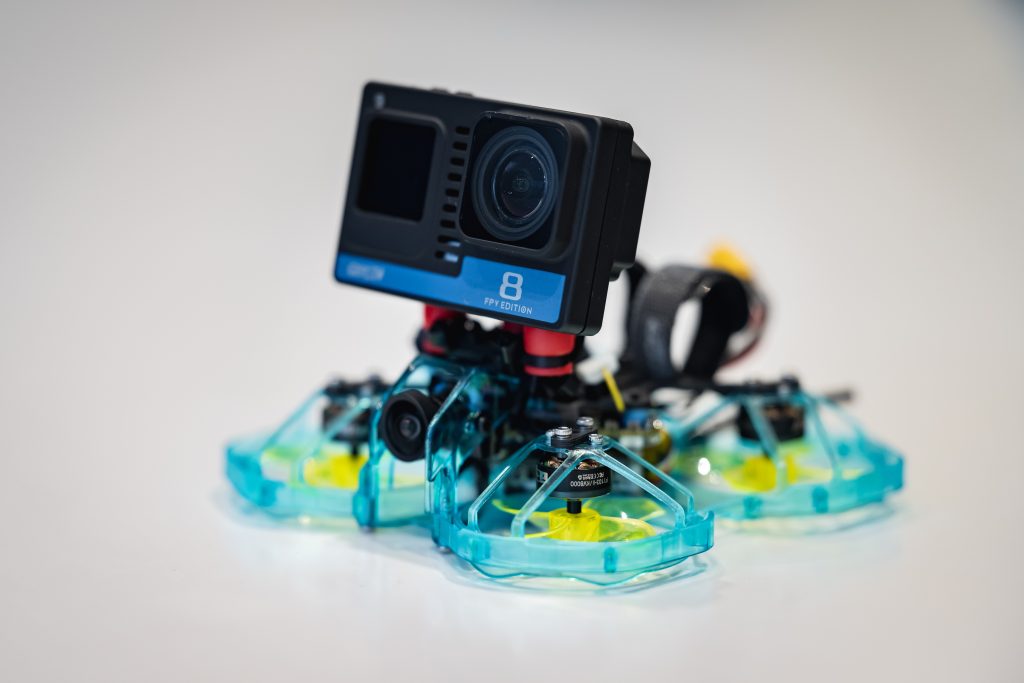 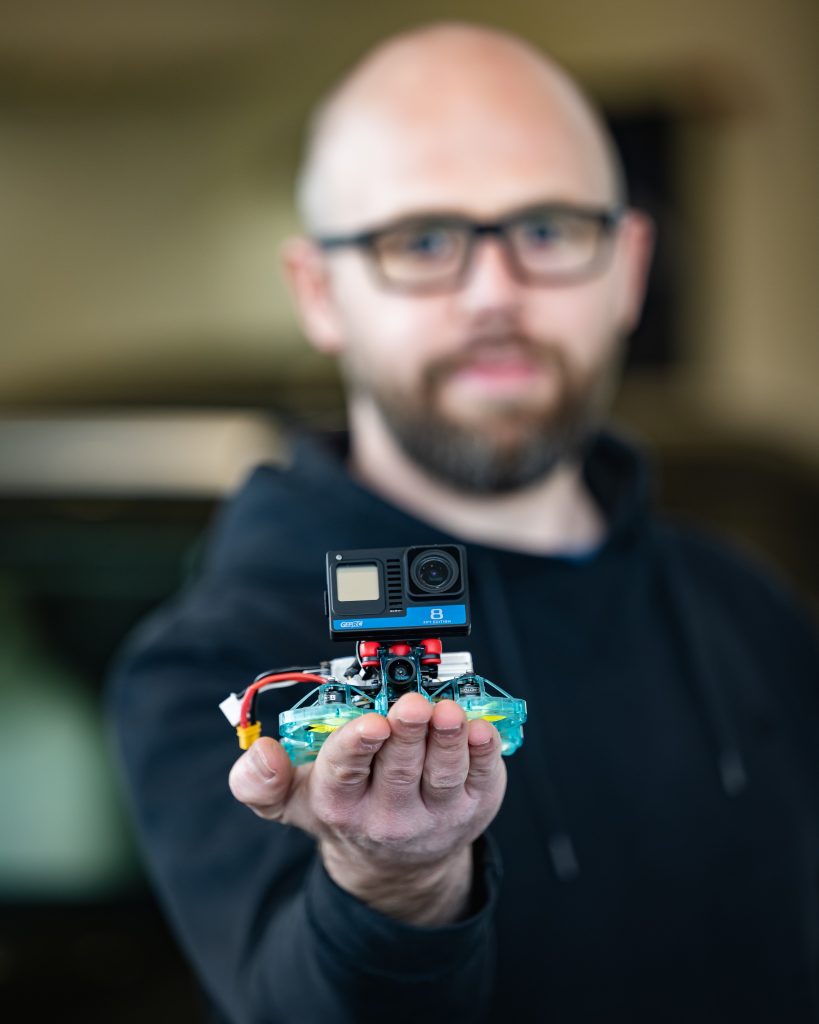 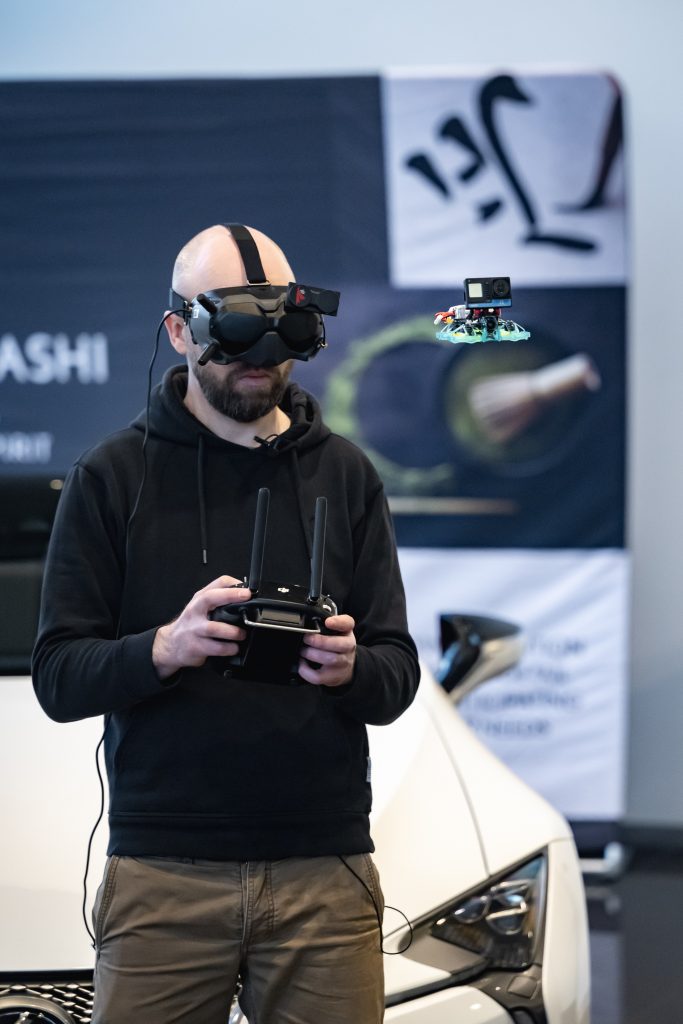 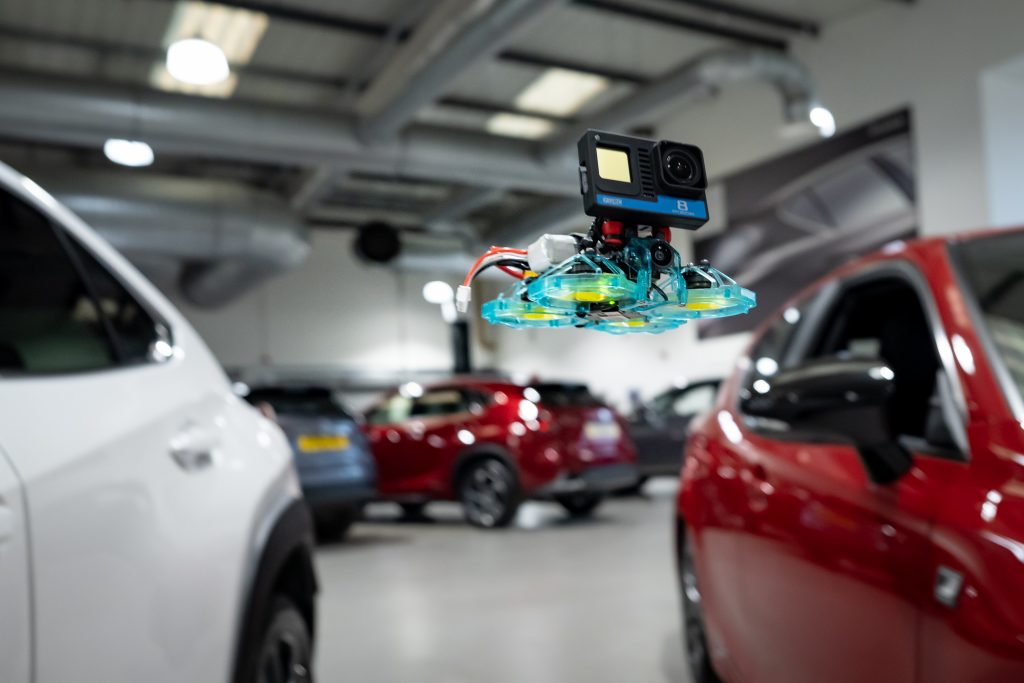 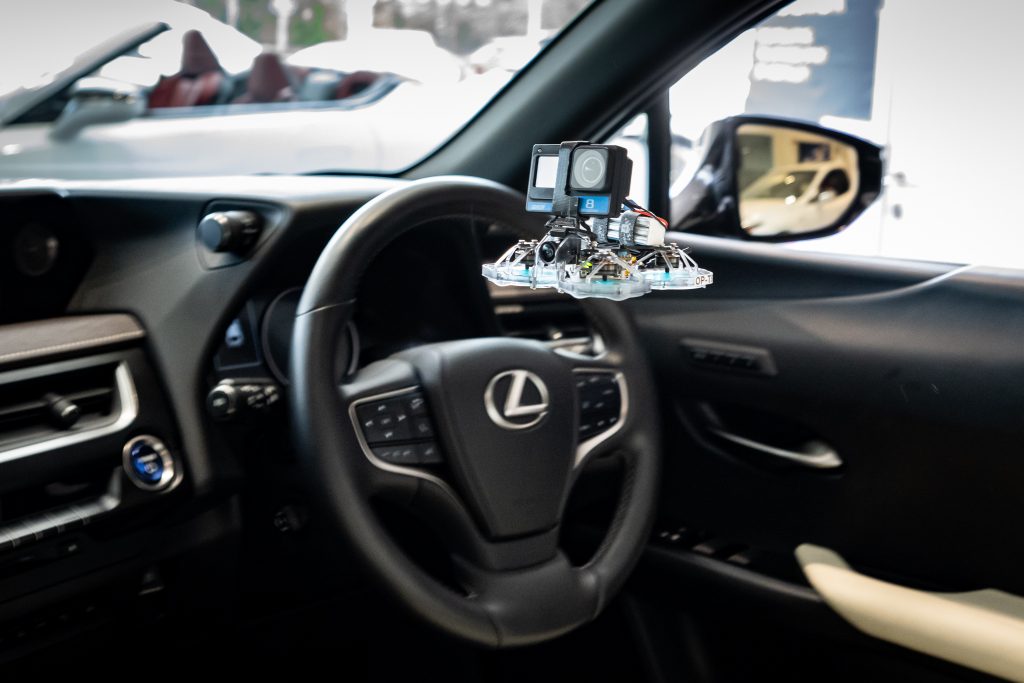