Two winning works from the Lexus Design Award programme are to be made available through the Crafted for Lexus range of lifestyle products. The Inaho light feature and the World Clock were both previously selected as finalists in Lexus’s international competition to nurture up-and-coming designers.

The products will be available exclusively at selected Lexus outlets from this autumn, initially at the Intersect by Lexus brand experience space in Tokyo and later at other Lexus venues around the world.

Spiros Fotinos, Lexus Head of Global Branding and Marketing, said: “The Crafted for Lexus line is a curated collection of items that reflects our brand’s values of artisan craftsmanship and design innovation. Adding new items that are the outcome of our Lexus Design Award is a great way for us to further support emerging and talented creators.”

Inaho, which means “ear of rice” in Japanese, is an interior lighting fixture that mimics the gentle swaying movement of rice in a paddy field. It comprises a series of stems, made of lightweight carbon fibre material, mounted on a panel made of a wood that’s also used by Lexus in its vehicles. The light shines through a series of minute perforations, precise to one tenth of a millimetre, to create a warm, golden hue and a relaxing atmosphere. The stems are designed to sway as people pass by.

Inaho was created by the London-based design and invention brand Tangent, co-founded by Hideki Yoshimoto, an aerospace engineering graduate who went on to study design at the Royal College of Art. Tangent handles industrial materials such as carbon and metals in the same way as more natural materials like wood and glass to create work that makes an emotional connection with people. Its approach of combining engineering and design without being weighed down by tradition offers a glimpse into the potential of modern craftsmanship.

Inaho, created by Yoshimoto and Yoshinaka Ono, was a winning entry in the first Lexus Design Awards in 2013.

The Lexus Design Award, now in its seventh year, promotes new design thinking that can help build a better future for individuals and for society as a whole. Entries are currently being invited for the 2019 competition, with a closing date of 28 October.

The World Clock is a 12-sided timepiece that can be rotated to show the local time in 12 different world cities. Its minimalist design is characteristic of the work and high craftsmanship of its designer, Masafumi Ishikawa. The clock’s face is made from a hand-woven carbon fibre panel, like that found in Lexus’s performance cars. Rather than using a GPS sensor or complex internal mechanism, the device tells you international times simply by changing the way you think – you turn the clock itself, rather than the hands on its face.

The World Clock was also a finalist in the inaugural Lexus Design Awards. 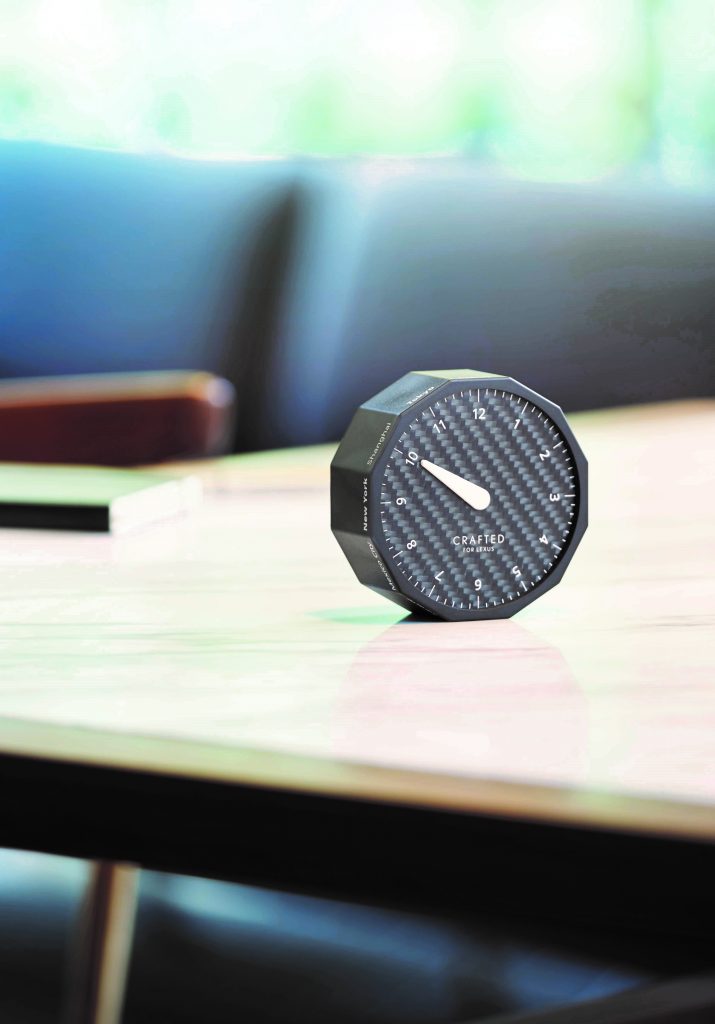 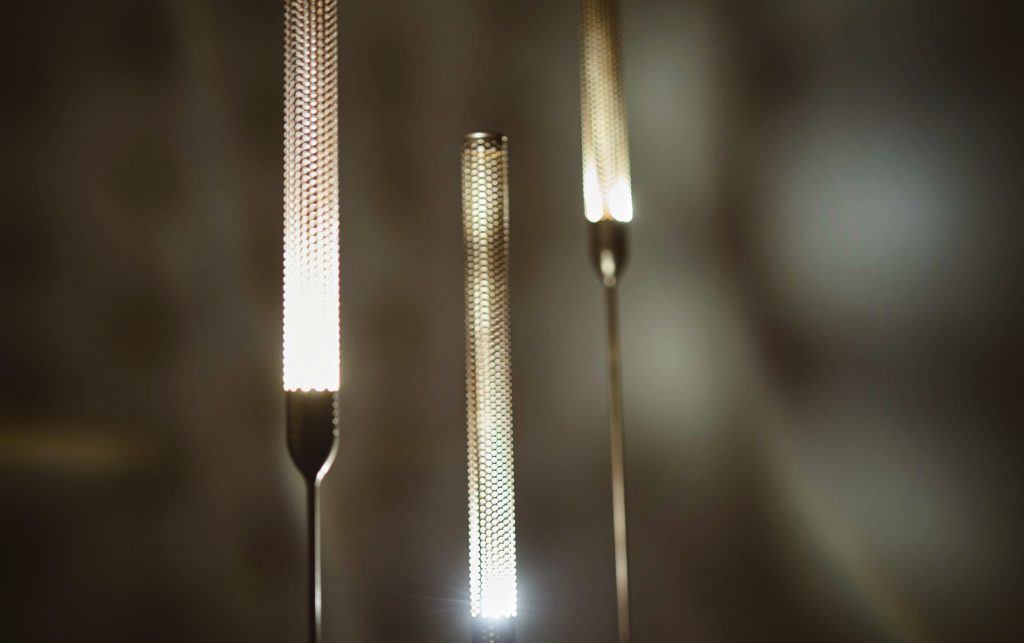