The Lexus LF-A, one of the world’s most eagerly anticipated supercars, will be presented for the first time in the UK at the British International Motor Show.

It will form the centrepiece of a Lexus stand that will also feature the new IS F sports saloon, a car that introduces Lexus into the high performance premium market.

Lexus’s market-leading achievements in hybrid power technology will also be represented by the GS 450h, RX 400h and the flagship LS 600h limousine, models which form the world’s most comprehensive range of hybrid vehicles.

Lexus LF-A Concept
Lexus’s ambitions for the LF-A are clear: to build a supercar with world class performance that is uniquely Lexus. Since the first LF-A concept was unveiled in 2005, the project has made significant progress; most recently the car was on public view, competing in the Nürburgring 24 Hours race as part of its on-going development programme.

The LF-A is powered by a high-revving V10 front mid-mounted engine producing more than 500 DIN hp, making a top speed of more than 200mph not only possible, but probable. The rear-mounted transaxle and radiators contribute to excellent weight distribution.

Styled according to the principles of Lexus’s L-finesse design language, LF-A has a striking, dynamic, yet compact bodywork with curved surfaces and intriguing details, crafted from aluminium and carbon fibre. The rear section includes a speed-activated spoiler, with further dynamic stability provided by Venturi-effect underbody aerodynamics.

Lexus IS F
Although the starting point for the IS F was the Lexus IS sports saloon, it is a different machine in all key aspects, equipped with a new engine and brakes and with significant revisions to the suspension, steering, handling systems and aerodynamics to ensure the extra power and performance can be exploited to their full capabilities.

Lexus undertook extensive testing at race tracks around the world during the car’s development to hone performance and create a supreme driver’s car.

At the heart of the IS F is a new all-aluminium 5.0-litre V8 engine, engineered for high output and high-performance driving, matched to an eight-speed Sport Direct Shift (SPDS) automatic transmission. The headline figures are 417bhp (423 DIN hp) at 6,600rpm and 505Nm of torque at 5,200rpm, giving nought to 62mph in 4.8 seconds.

The IS F uses the same double wishbone front and multilink rear suspension configuration as the standard IS, but with the benefit of a number of track-proven modifications, with high strength steel used for key elements to reduce weight and increase rigidity. Sitting an inch closer to the ground, the IS F also has a lower centre of gravity.

Lexus worked with Brembo to develop the IS F braking system, with 360mm ventilated and drilled six-piston discs at the front and 345mm two-piston discs at the rear. The attention to detail extended to the 19-inch BBS forged alloy wheels and the creation of bespoke tyres with both Michelin and Bridgestone to suit the car’s high performance capabilities.

On the road the IS F can be distinguished from other IS models by its lower stance, deeper front spoiler with larger grille and intakes and the wider wheelarches with side vents. At the rear the stacked quad tailpipes in the deep rear bumper signal the presence of the V8 engine and a spoiler is neatly integrated into the lip of the boot.

Lexus continues to lead the global automotive industry by offering the most comprehensive line-up of hybrid vehicles of any manufacturer.

Notes: The British International Motor Show is being held at Excel London from 22 July until 3 August 2008.

The Lexus stand will be located at N20 in the North Stand. 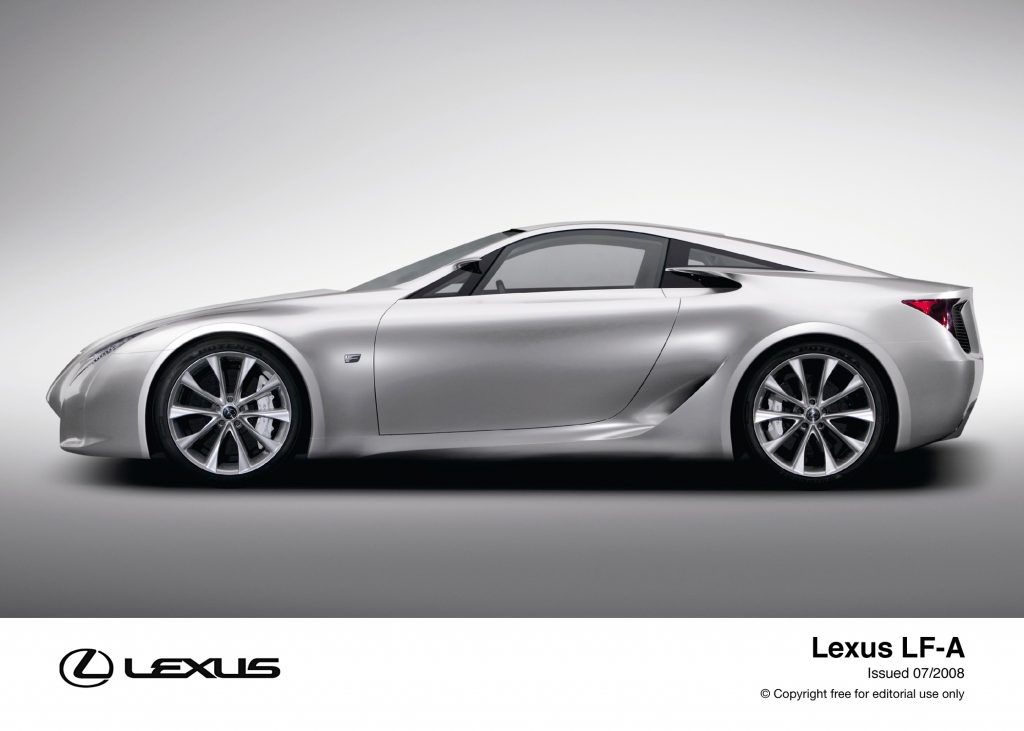 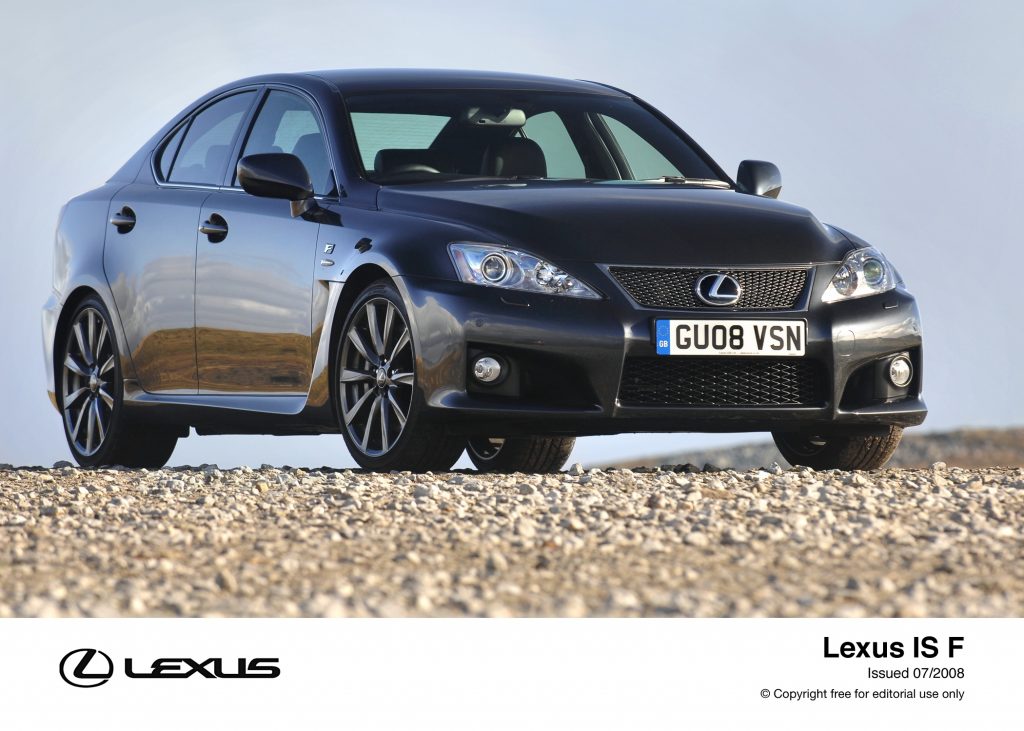 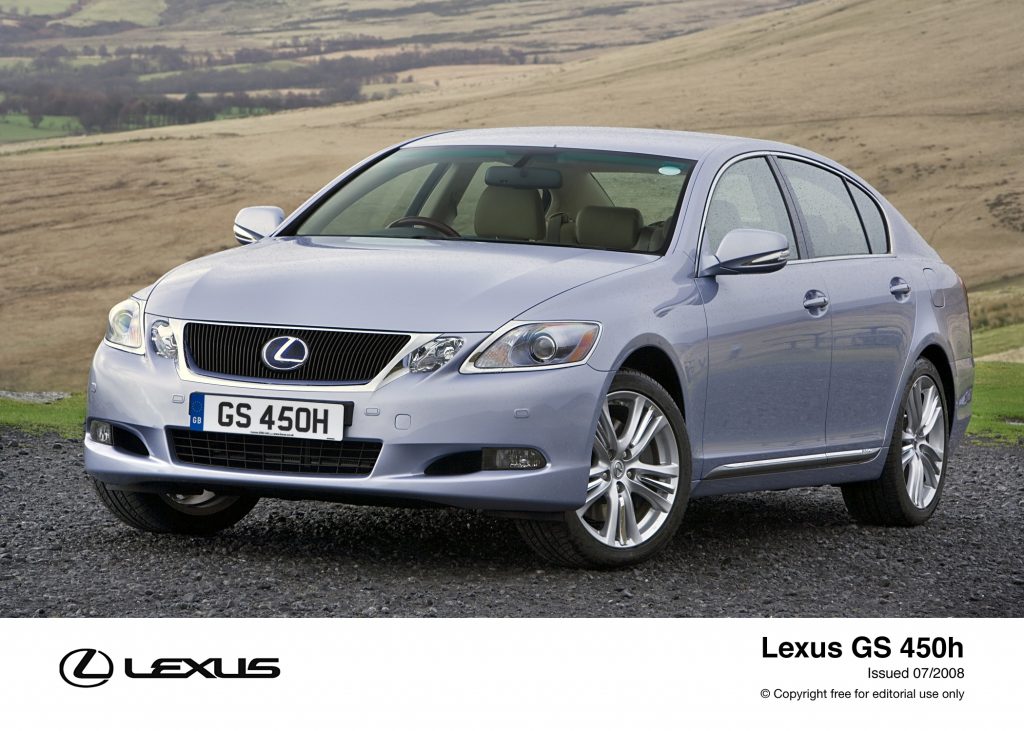 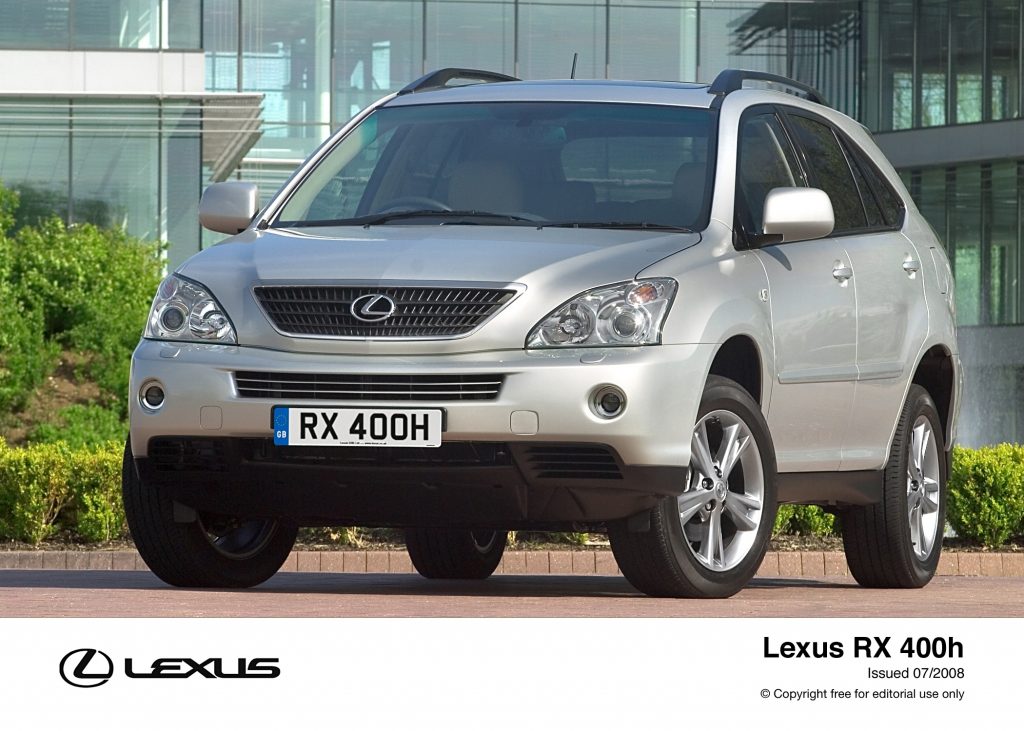 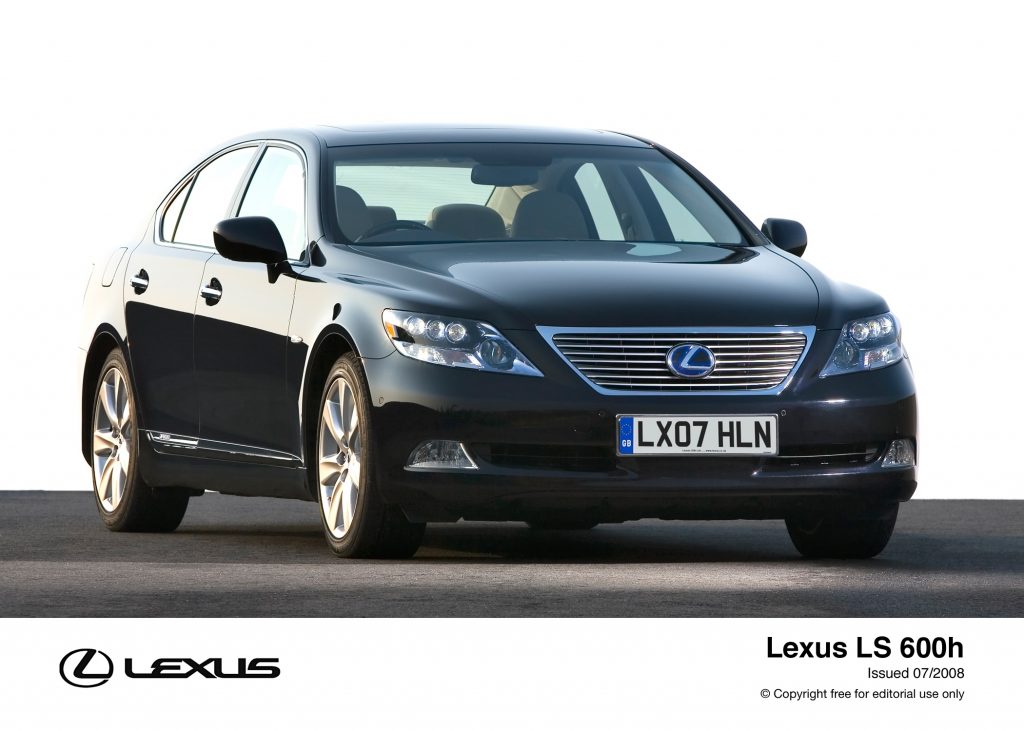 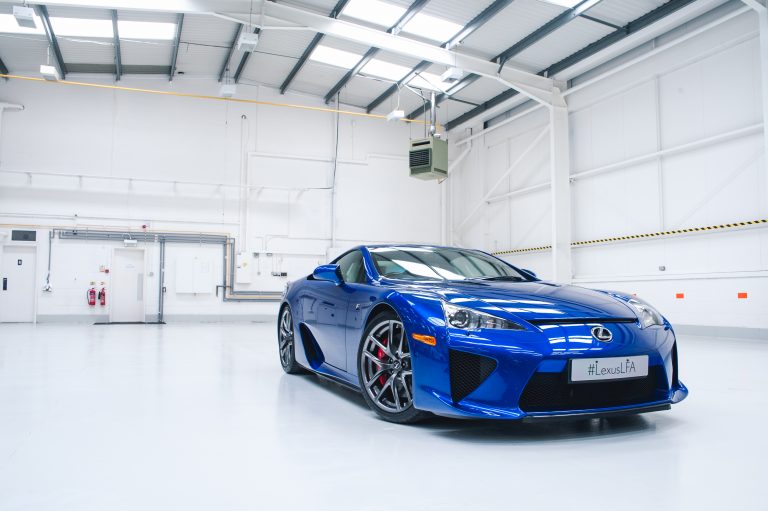 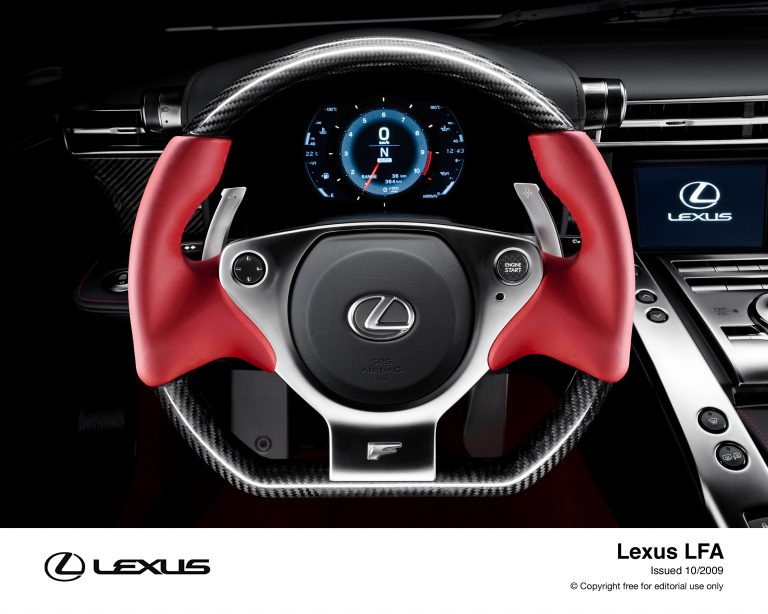 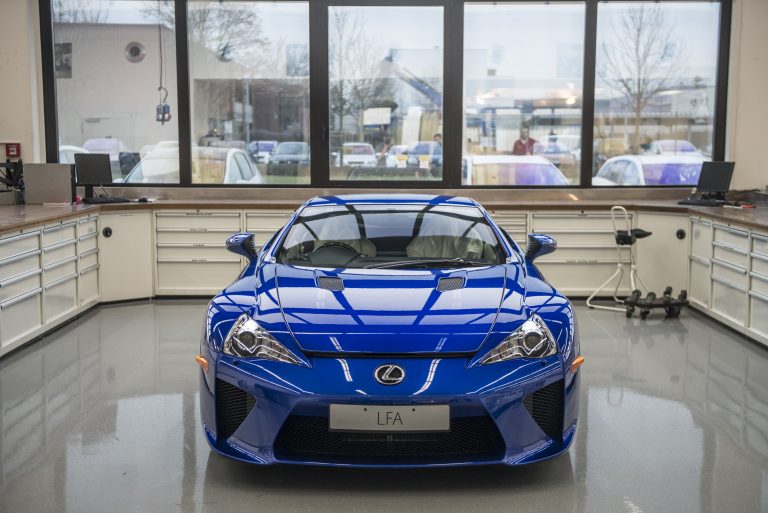 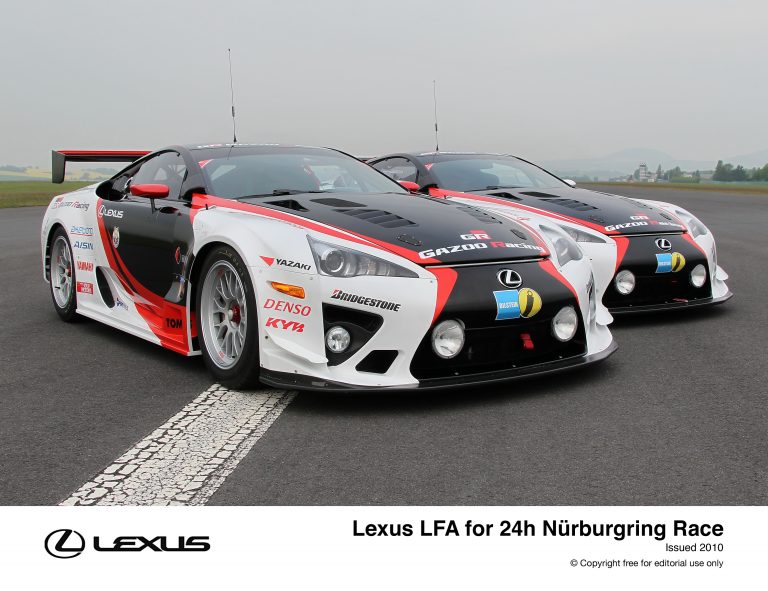 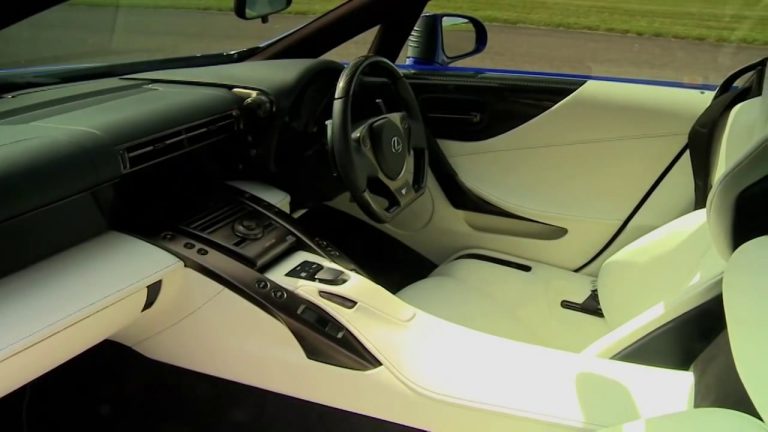 Lexus LFA races on track with IS F at Bruntingthorpe, UK (2011) 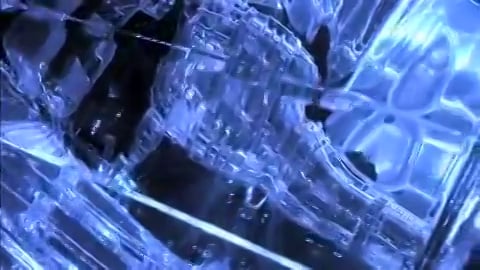