This year the team will be competing in the GTD PRO class in a full IMSA WeatherTech SportsCar Championship schedule.

Barnicoat, 24, from Chesterfield, joined Lexus and Vasser Sullivan after four years as a factory driver with McLaren. Reflecting on his first outing with the car this weekend he said: “Hearing the plans the Lexus brand has to write itself into the history books of motorsport is truly inspiring and excites me about this programme and my future with Lexus.”

Barnicoat most recently competed in the GT World Challenge Europe where he earned two pole positions last season. He finished seventh in the 24 Hours of Spa and made his 24 Hours of Le Mans debut in 2021. He has also competed in the European Le Mans Series, finished as runner-up in the Asian Le Mans Series racing in the LMP2 class, earned multiple race wins in the FIA Formula 3 European Championship and the Formula Renault Eurocup and was the 2014 Formula Renault NEC champion.

Hawksworth, who has been with the Lexus programme since its inception, returns for his fourth season with Vasser Sullivan. He earned six wins and 10 podium finishes in the last three seasons piloting the Vasser Sullivan No14 RC F GT3.

Stepping up to the challenge of a new season he said: “I couldn’t be happier to be continuing this journey with Lexus as we venture into the GTD PRO category. I’ve been a part of the Lexus family for over five years now and I have never been more excited about where the programme is going. We have a fantastic group of people and the team is continuing to push forward in pursuit of excellence.”  In 2020, he and Aaron Telitz won the IMSA GTD Sprint Cup Championship on the strength of three wins and five podium finishes.

Kirkwood returns to the Lexus endurance line-up after competing in six races for Vasser Sullivan in 2020 and 2021. Most recently he won the 2021 Indy Lights Championship with a record-equalling 10 wins and 14 podium finishes. He is set to compete full-time in Indycar in 2022.

Andrew Gilleland, Group Vice President and General Manager Lexus Division, said: “Together with Vasser Sullivan and TRD, we’re continuously finding ways to be competitive in North American sportscar racing and drive the Lexus performance message to new levels. Racing in IMSA has helped strengthen awareness and consideration of Lexus performance models.  Our momentum is rapidly growing and everyone at Lexus is excited to race for an IMSA Championship.”

The 2022 season will mark the fourth year Lexus and Vasser Sullivan have partnered each other. During that time, the Lexus RC F GT3 has claimed seven GTD class wins, 18 podiums and nine pole positions. 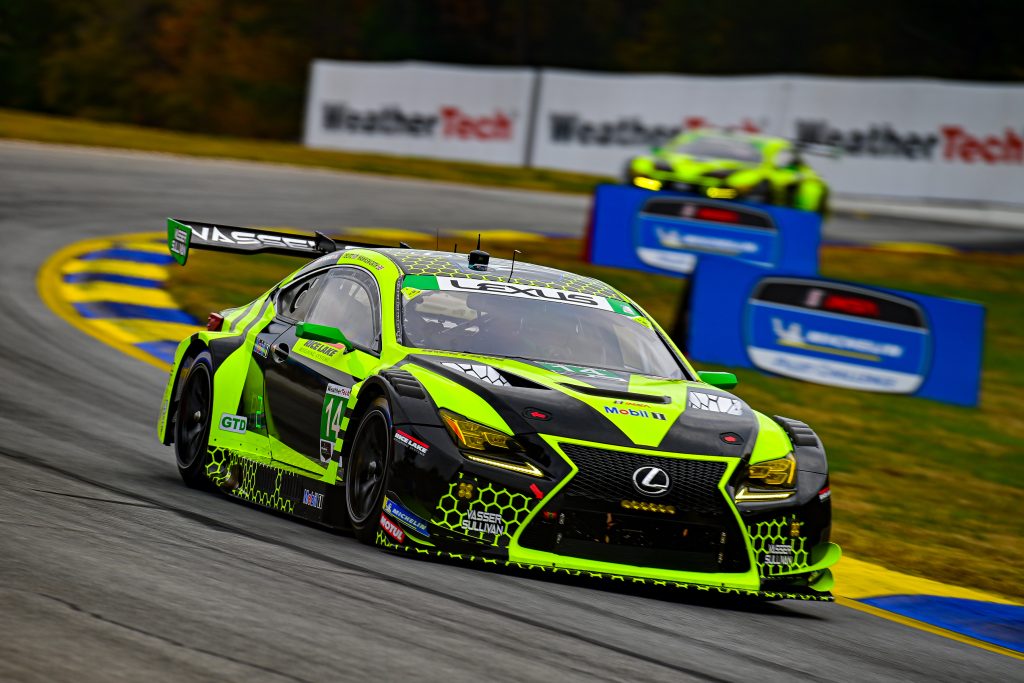